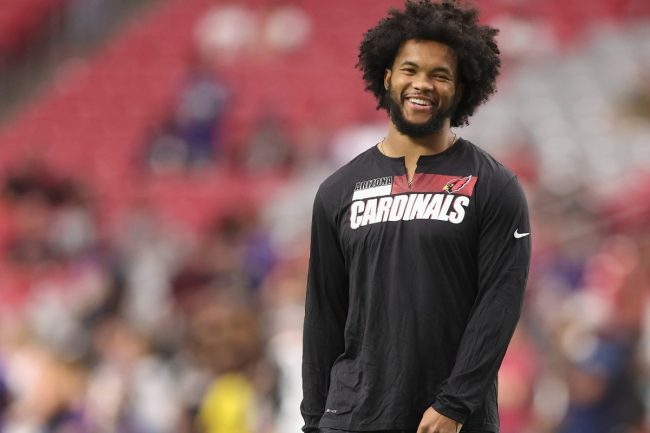 Fans are beginning to joke that it’s Kliff Kingsbury who needs to have a required film study clause in his contract after watching Kyler Murray call the plays on Arizona’s only two touchdown drives in their latest preseason contest.

Murray recently signed a new deal to remain with the Cardinals, but his contract was widely criticized after seeing that there was a film study clause. Essentially, the quarterback was told he needed to complete four hours of “independent study” each game week.

Many didn’t believe that it needed to be said, seeing as it’s his job and all, but the Cardinals added it anyway. It’s since been removed.

But with that off the field drama unfolding over the offseason, it’s sure to be a talking point as the Cardinals begin their 2022 season. In fact, we’re already seeing it.

Head coach Kliff Kingsbury has assigned Kyler Murray as a fourth-quarter play caller over the first two games of the preseason. Murray hasn’t played a down of preseason action, but this is a way to keep him keyed in without taking the field.

In Sunday’s 24-17 loss to the Ravens, Murray actually led the Cardinals to their only two touchdown drives. It had many joking that it’s Kingsbury who needs the extra film study, not his QB.

Fans reacted quickly after seeing Kyler Murray call the plays on Arizona’s only two touchdown drives. Most joked that Kingsbury should add some film study requirements to his contract.

Looks like kingsbury is the one who need dat film study

Others joked that Murray must’ve been playing a little Madden prior to his play calling duties. He’s a known gamer, which many speculated was a reason for the clause being added to his contract in the first place.

Whatever he’s doing appears to be working. In all seriousness, this seems like an awesome learning technique for a young quarterback. Murray is ready to prove to people that he’s worth every penny of his new deal.