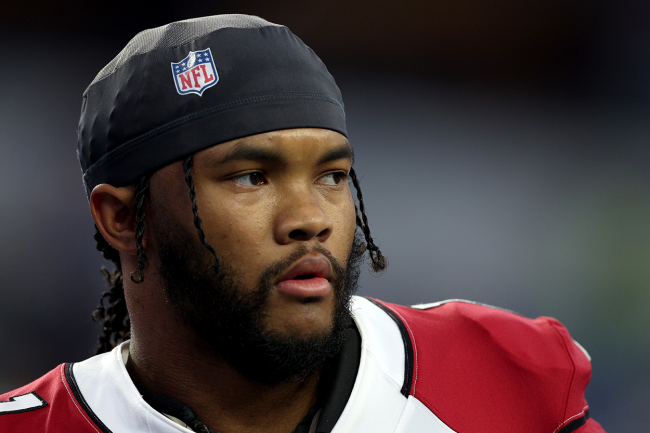 After an offseason of chaos and commotion, Kyler Murray finally got paid. The former Heisman Trophy winner and No. 1 overall pick signed a massive extension with the Cardinals last week that set the NFL world on fire.

Included within the contract is a very unique clause. Murray agreed to “satisfy off-field requirements” that includes guidelines around “playing season” and requires at least four hours of “Independent Study” each week during said playing season.

The “Independent Study” is as simple as it sounds. Murray must take the material provided to him by Arizona and study it on his own for four hours each week.

It is unclear as to whether this is a common thing. “Independent Study” requirements may be something that is included in many NFL contracts across the league. It may be something specific to Murray and his new deal with the Cardinals.

Either way, it sets Murray up to potentially be the next JaMarcus Russell. Not in terms of being labeled a “bust,” but the Cardinals could play a similar trick on their star quarterback to ensure that he is partaking in his contract-mandated independent study.

Russell, who recently spoke out against the incident and ripped the Raiders to shreds for doing so, was famously given a blank film tape to go home and watch on his own. When the team later asked him about the tape that he was supposed to watch, Russell lied about it. He had not watched the tape and the team knew because it was blank.

Murray’s contract could set him up for a similar trap. It would be a wild, horrible thing to do, but if Arizona gets disgruntled and wants to find an “out” to its contract, it could try to slip him a blank tape.