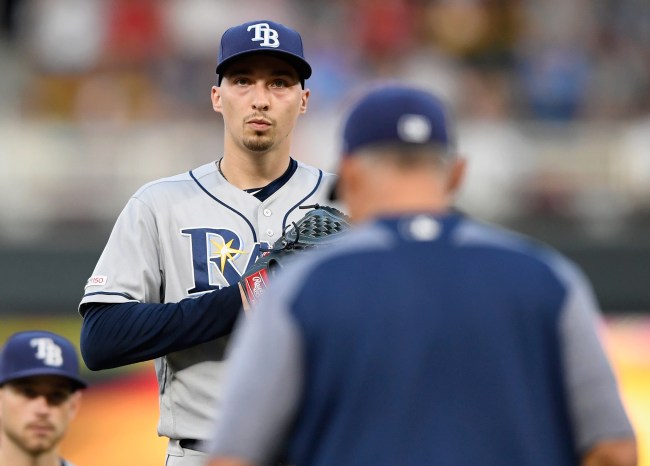 On Tuesday night, Rays pitcher Blake Snell was pitching lights out for nearly six innings but got pulled by Cash after he gave up two hits.

Snell was clearly not happy with the decision and appeared to curse on camera after he was told he was being pulled from the game.

The Rays immediately gave up two runs after Snell was taken out of the game and baseball fans blasted the Rays manager after the Rays lost the World Series.

Why in the Hell would Kevin Cash take Snell out of this game at that point, just because he gave up 1 hit??? Why? Why? Why? I mean…I want the @Dodgers to win a WS finally, but damn

Kevin Cash might have made the worst decision in World Series history.

I don’t ever want to hear Kevin Cash’s name in the Coach Of The Year conversation ever again. These guys aren’t coaching. They’re reading analytics and hoping they pay off. Letting nerds run the show. Cut this 💩 out!!

The Dodger are a great team of course

But Kevin Cash made the buffoon move of the year there

Kevin Cash shouldn’t be fired because he still is a great manager. That being said, I completely understand the outrage right now cuz that’s gotta be one of the worst managerial moves in WS history

Blake Snell when he sees Kevin Cash in the locker room pic.twitter.com/9oFZCvs5GO

Kevin Cash’s guide to being a MLB manager pic.twitter.com/voDZiBVSNe

Kevin Cash trying to get into the Rays facility tomorrow: pic.twitter.com/R3i7HpRMUW