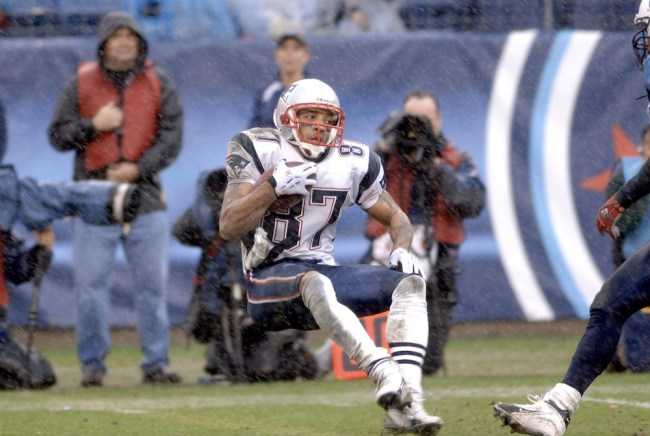 Sad news out of Tampa, Florida as former NFL wide receiver Reche Caldwell was shot and killed on Saturday while on a date with his girlfriend.

Caldwell’s mother tells us … Reche — real name Donald Caldwell — was getting ready to take his girlfriend out on a date when he went back inside his home to grab a jacket.

Reche’s GF says the former player was “ambushed” by a “couple of people” who jumped out of bushes trying to rob him.

We’re told Reche was shot in the leg and chest — and someone called 911.

Unfortunately, the injuries were so severe, Caldwell’s mother tells us Reche died in the ambulance on the way to the hospital.

Caldwell was a 2nd round pick in the 2002 NFL Draft by the San Diego Chargers after a stellar career as a Florida Gator.

Caldwell played for six seasons in the NFL for the Chargers, Patriots, and Redskins.

In 2014, Caldwell was arrested for drug possession and intent to distribute and was sentenced to 27 months in federal prison.

Fans and friends are taking to Twitter to mourn the loss of the once bright star.

Per this and a handful of other social media postings, it appears that Reche Caldwell was shot and killed last night. https://t.co/UXjRXs4iqV

He was shot last night.

Reche Caldwell may you Rest In Peace. Our deepest condolences to your family. Once a dragon, always a dragon. pic.twitter.com/eTmCuj8G8V

Rest in Peace Donald Reche Caldwell, Jr. 🙏 Thank you for all the great memories 😢 pic.twitter.com/hldNtxEAGF

R.I.P to Reche Caldwell aka Shaybo. Shot last night in the city. He impacted a lot of lives here in Tampa pic.twitter.com/Uk3p8qVL1V