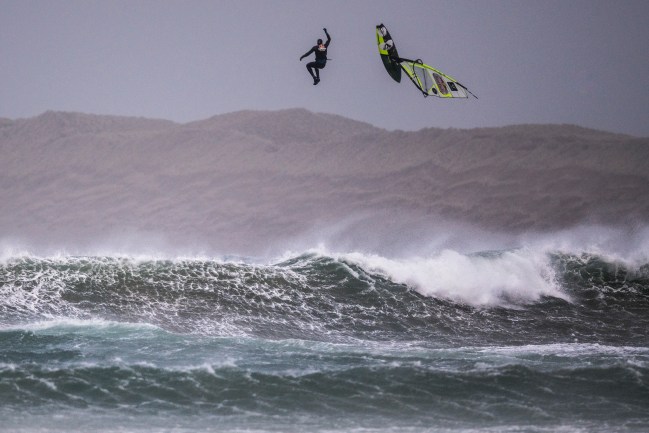 As a sport, Windsurfing doesn’t have the same hype hat it used to. Windsurfing was all the rage back in the 80s and 90s, and it’s still popular in various pockets throughout the United States of America (mainly in Hawaii). But Windsurfing gets its opportunity to shine each year during the Red Bull Storm Chase.

You might’ve heard about the Red Bull Storm Chase in the past. I shared this footage of the 2016 Red Bull Storm Cast that was completely nucking futty. This is an annual event that takes place when the conditions are perfect, and by ‘perfect’ I mean ‘when all hell breaks loose’. 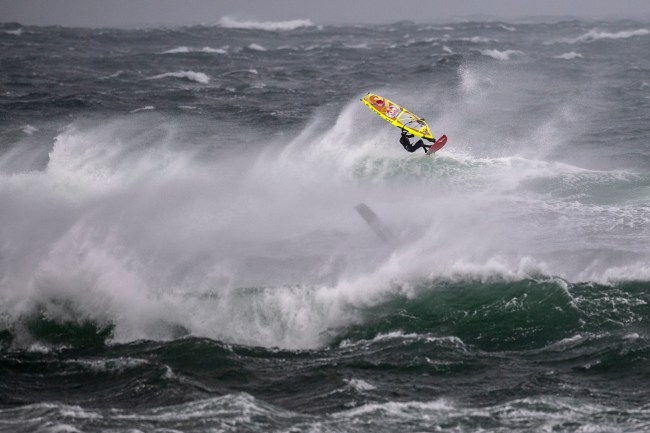 There’s a 1000-mile-wide ‘Weather Bomb’ off Europe that’s created sustained wind speeds of 80 MPH and waves of 30-feet and up. These are ‘the perfect’ conditions to run the 2019 Red Bull Storm Chase and windsurfers have shown up on the coast of Ireland to compete in one of the gnarliest extreme sports competitions you’ll ever see.

This footage from YouTuber ‘Continentseven’ shows the competitors riding off Magheraroarty Beach in Ireland this week in the harshest conditions imaginable. While these windsurfers definitely seem shaken by the conditions, it hasn’t stopped them from riding out in 30-foot waves and throwing aerials 60-feet into the air. This clip is a recap of day 2’s footage:

Here are some highlights from Day 1 of the 2019 Red Bull Storm Chase:

After two days of competition, Australian windsurfer Jaeger Stone won it all. This competition was three years in the making because they had to wait for ABSOLUTELY BATSHIT INSANE CONDITIONS before they’d hold the event. The riders got a warmup day on Saturday and the competition began on Sunday and ran through ‘Big Tuesday’ with the gnarliest conditions yet. 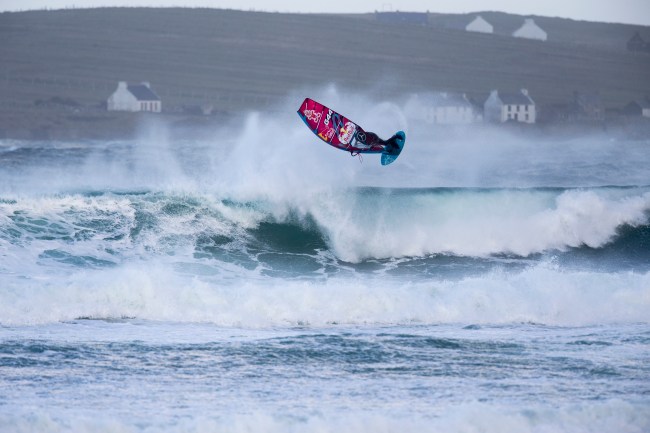 Germany’s Philip Köster and Leon Jamaer finished 2nd and 3rd, respectively. The event had a helicopter rescue crew on hand as well as jet ski rescue support, as is the case with most big wave competitions.