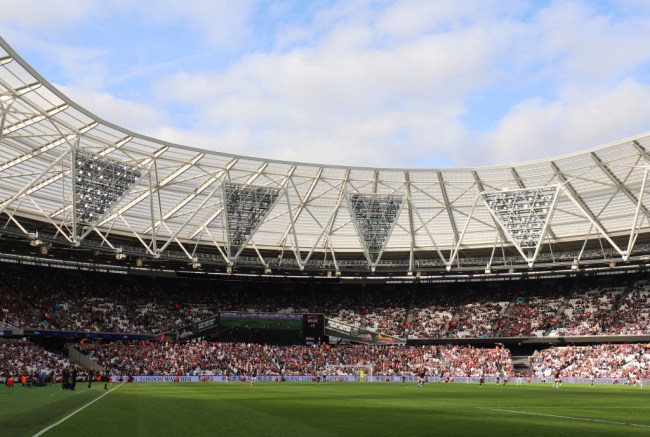 Next June, the Boston Red Sox and New York Yankees will bring their bitter rivalry across the pond at London’s Olympic Stadium to duke it out in a two-game series. There are no two teams to demonstrate baseball’s offerings to the lads and blokes than New York and Boston, who will play the first MLB game ever on European soil.

The game will be held at London Stadium, the site of the 2012 Olympics and which is the current home to the West Ham soccer club and located about six miles east of central London. The stadium will be reconfigured to allow a seating capacity of 55,000 and if you want to scoop up one of those seats, you’ll have to hand over some postseason cash.

Premium seats at London’s Olympic Stadium will cost 385 pounds ($493) for the games between the New York Yankees and World Series champion Boston Red Sox on June 29 and 30. The top non-premium seats near the infield cost 320 pounds ($410).

The MLB has hosted games in countries like Mexico, Japan, and Australia, territories where baseball fans are far more prevalent than in Europe. MLB commissioner Rob Manfred hopes that the introduction will get the UK hooked on America’s past time.

If you change that to just the UK though then West Ham dwarf the other two teams. Baseball is not very popular in the UK pic.twitter.com/MuvXpZ1Yne

P.S. I’m interested to know what they’ll serve at concessions–hot dogs and soft pretzels or fish and chips?