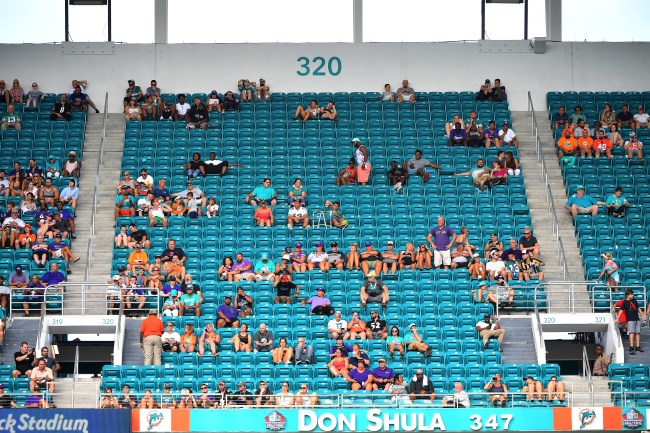 Both the Miami Dolphins and Washington Redskins are both winless going into week 6 and they play each other next Sunday in what many are calling the “Tank Bowl”.

What’s that sound I hear in the distance… it’s… it’s… IT’S A TANK BOWL!!!!!! @UrinatingTree pic.twitter.com/EnZAXcELkI

The Redskins are a steaming pile of garbage who just fired their head coach Jay Gruden and are stunting the growth of first round pick Dwayne Haskins.

Redskins interim coach Bill Callahan said he’s not ready to start rookie QB Dwayne Haskins. Said Wants him to continue building his game. Decision for Miami and time being is either Case Keenum or Colt McCoy.

The Dolphins are coming off a bye but have been outscored by 137 points in 4 games and Fins fans are fed up with team’s ineptitude.

The Miami Dolphins have been outscored 163-26 in their 0-4 start. #MiamiDolphins #FML pic.twitter.com/RsCUjGaOMJ

This game is so bad that it’s cheaper to get tickets to the local Miami zoo than it is to buy tickets to watch the Redskins and the Dolphins play on Sunday.

$16 still seems like way too much for this game.