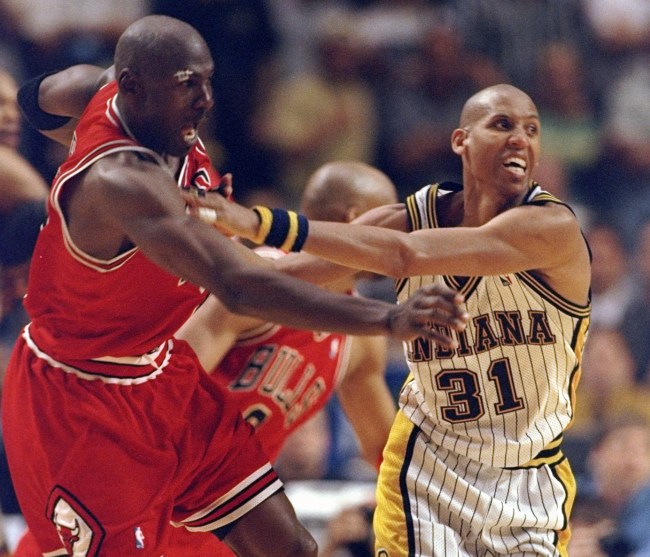 The final episode of the documentary detailed the 1998 Eastern Conference Finals, which the Pacers managed to force into a seven-game series after going down 2-0 early on. Miller famously hit a game-winner in Game 4 after separating himself from Jordan during the play. The Bulls, of course, went on to win the title that year, their sixth in an eight-year stretch, after taking down the Jazz in six games.

Given that history, Miller apparently almost passed on appearing in ‘The Last Dance’ because he didn’t want to relive that pain.

During the ‘Jalen & Jacoby‘ aftershow podcast, Rose hinted at the fact that it took some convincing for Miller to get on board to do an interview for the documentary.

“Interviewing Reggie, as somebody who played with him, I was trying to initially get him to interview for this do. He didn’t want to do it. It was too much pain,” Rose explained.

Director Jason Hehir also confirmed that it took some time for Miller to agree to do an interview.

It really is interesting hearing stories from players like Miller who didn’t want to appear in the doc thanks to Jordan and the Bulls essentially ripping their hearts out in the late 90’s.