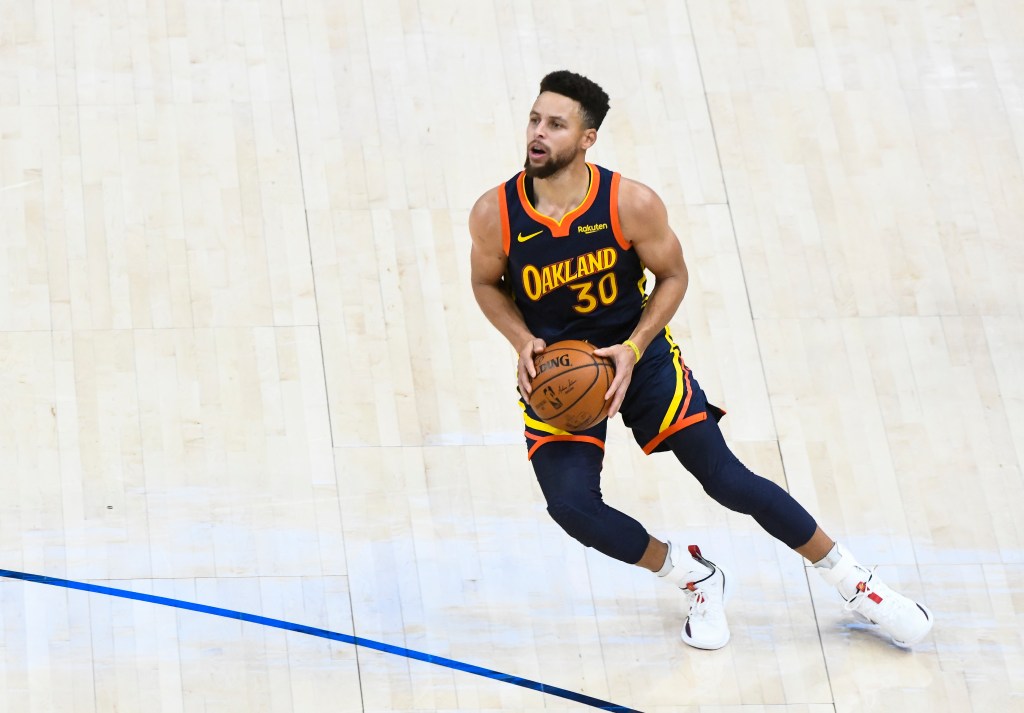 I’m not sure how much NBA action you gentlemen watched this weekend but Stephen Curry passed Reggie Miller and moved into the #2 spot on the NBA’s all-time 3-point scoring list. Steph is now 411 3’s away from taking the #1 spot on the list of shooters to make the most 3-pointers in NBA history.

The former Davidson College superstar passed Reggie Miller to take the #2 spot on Saturday night during a 108-127 loss against the Pacers where Steph went 5-10 on 3’s and put up 24 points, 7 rebounds, and 7 assists in 27 minutes on the court. After the game, Reggie Miller offered up the classiest of congratulations to Steph Curry on passing him for the #2 spot in NBA history.

Here’s the clip with the quote below:

"You are an inspiration to so many little ones like mine."

Reggie Miller surprised Steph during his postgame press conference to congratulate him on a historic achievement. 💙 pic.twitter.com/qtXXXu17qT

“This is an unbelievable achievement,” Miller told Curry. “But the work is not done. I know you are chasing Ray, but you are an inspiration to so many little ones, like mine. I’m just so proud of all the work because I know what goes into that. I know the countless hours when it’s easy to go hang with your boys, hit the clubs, sleep, do other things, but you’re in the lab getting your work done.

“There are sacrifices that come with that and the blend that you have with your family and basketball and Dub Nation, the Millers are very proud of you.” (via FTW)

It kind of blows my mind that the #2 and #3 players on the NBA’s 3-point list both played their careers with only one team. Steph has plenty of years left so that could always change, nobody can predict the future, but to find any other players on the list who only played with one team you need to scroll down to Kobe at #18 and Klay Thompson #19 followed by Manu Ginobili at #37. These are the only players in the top 50 who stuck with one team.

There have been only four times in history when an NBA player made over 300 3’s in a season and Curry accounts for 3 of those 4 seasons. In the 2015-2016 season, Steph went 402-for-886. He’s currently 411 3-pointers away from passing Ray Allen to take possession of the #1 spot on the NBA’s all-time list which theoretically wouldn’t happen this season and most likely take place in the Spring of next year but anything could happen, right?

What I love about something like the NBA’s 3-Point List is makes arguing over ‘The G.O.A.T.’ pointless because you can just point to the stats. Meanwhile, comparing LeBron James to Michael Jordan will never be apples to apples.