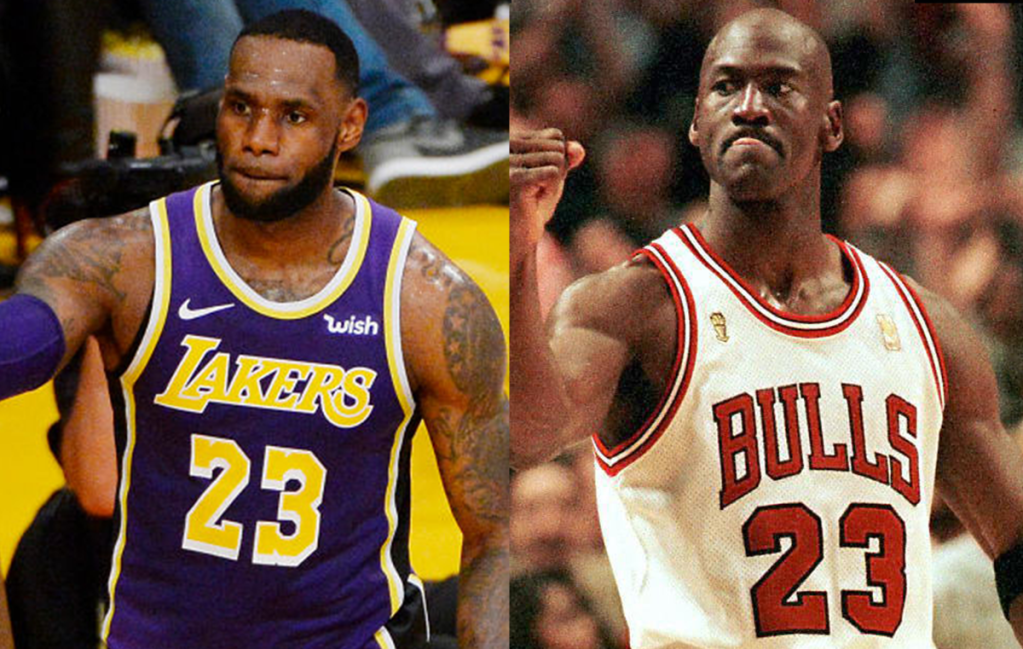 Barbershops can trace their origins back to ancient Greece, and while I’m not sure at what point in history those particular businesses became a hot spot for heated arguments about sports, I like to think guys back then got into spirited debates over which Olympian was considered the G.O.A.T. in the same way people these days constantly compare the talents of Michael Jordan and LeBron James—a topic Gilbert Arenas recently chimed in on.

It’s safe to say Gilbert Arenas knows a thing or two about basketball, and while he may not have possessed the absurd skills that made His Airness the legend he is, he was obviously inspired by Jordan’s “Shoot first and shoot again and again and again” approach to the game. As a result, you’d think he’d make the argument that M.J. is the G.O.A.T., but as he revealed during a conversation with Whistle, he’s actually in LeBron James’ court.

During the discussion, Agent Zero aka Gilbert Arenas reflected on the various showdowns he had with King James over the course of his NBA career that made him realize LeBron is a basketball talent unlike any other the world has ever seen.

There are obviously many people who would disagree with this assessment, and while I highly doubt the “LeBron James vs. Michael Jordan” debate is ever going to end, Arenas perfectly explained why it’s basically pointless to  have it in the first place (he does so around the 2:40 mark in this video but the entire thing is worth a watch)

When the Wizards and the Cavaliers faced off in the playoffs in 2006, Arenas said he realized that LeBron—much like Jordan—possessed the ability to score 70 points whenever he felt like it, but unlike the man he’s constantly compared to, James is familiar with the concept of “selflessness.”

Here’s what Arenas had to say:

“What we didn’t understand when we were first matching up in the playoffs against him was how smart he really was. So, there were times when we were leaving a certain guy open knowing that no one in their right mind would pass it to him—which he would, and the outcome was great…

He’s willing his sacrifice his name, his integrity, of being bashed to make the right play…He believes in his teammates, which gives them the sense that, ‘We believe in ourselves too.’ Jordan would’ve just averaged 60 and said, ‘To hell with it.’ He wouldn’t have still given the ball to J.R.. Smith after J.R. Smith did what J.R. Smith has done.

That’s what makes LeBron the G.O.A.T.”

It’s hard to argue with that—but that’s not going to stop people from doing exactly that.