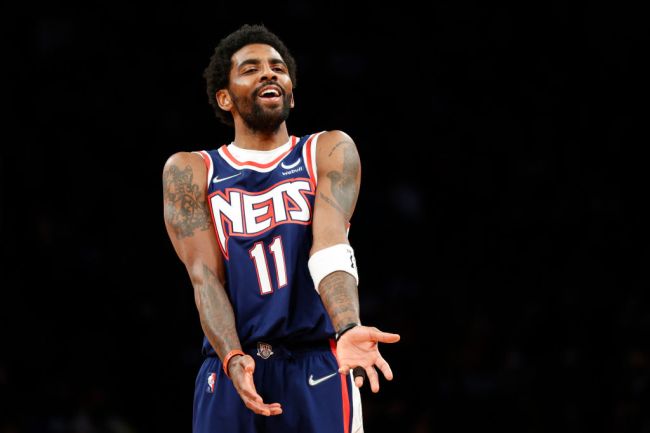 When Kyrie Irving was considering leaving the Brooklyn Nets instead exercising his player option for next season, a list of 6 teams that Kyrie was interested in joining emerged. Then Kyrie wound up exercising his option to remain with the Nets, seemingly ending the possibility of him getting a long-term extension and being sent to one of those teams in a sign-and-trade.

“A lot of times when a team is listed on a list, it’s like, ‘Oh, this is interesting. Let’s have a discussion.’ And by the way, those teams did have discussions. Some of those teams saw this coming in the last month and had discussions: ‘Do we want Kyrie Irving here?’ But the demand for Kyrie Irving on a long-term contract just doesn’t exist right now,”

While this was good news for the Nets a few hours ago as it kept their core intact for another attempt to win a ring next season, it may have just become very problematic for the Nets.

With Kevin Durant requesting a trade today, the Nets have been put in an uncomfortable position. They now have Kyrie Irving and it’s assumed that at some point Ben Simmons will actually suit up for them, but if Durant leaves they aren’t all that impressive of a roster anymore.

There aren’t exactly a ton of names out there that the Nets could realistically hope to trade Durant for that would make the Nets a contender. This puts the Nets in a situation where also trading Kyrie and starting a rebuild might be the move that makes the most sense for them now.

There’s just one problem. If teams don’t have long-term interest in Kyrie the Nets might have a tough time getting much value out of trading him if any teams would interested in trading for him at all.

Losing Kevin Durant would have been tough enough, but a lack of interest in their other star could make this situation