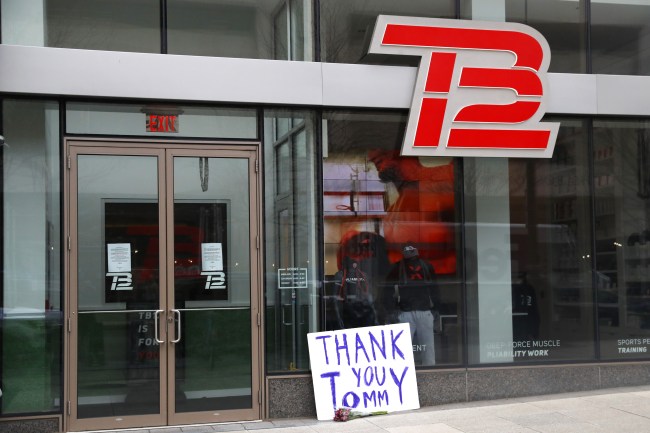 Guys, I really don’t know what to think about what’s happening in the world right now and I’m specifically talking about the fact that my life as a Tampa Bay Buccaneers fan just became infinitely more interesting in a way that I could’ve never imagined. I would’ve bet the farm that Tom Brady was going to re-sign with the Patriots and even if he did leave I never in a million years would’ve expected him to come play for my team.

Sure, the guy is old as hell. If he was a wine he’d most likely be spoiled by now. That’s how old Tom Brady is, he’s past the ‘aging like a fine wine’ age and has reached the ‘that’s probably spoiled grape juice’ stage of life. Sure, this could all end in disaster. Brady will need to get comfortable with a new offensive line and if he gets hurt everyone in the sports world will blame the Bucs. If the season isn’t going well, Brady could walk away and retire and nobody anywhere would blame him.

But things are sure as shit looking bright in Tampa Bay right now and I’m not talking about the weather being Sunny with a high of 86 degrees today. According to league sources, players want to follow Brady to the Buccaneers. Tampa Bay hasn’t been this desirable since the Tony Dungy-Jon Gruden eras.

Since word surfaced that Tom Brady is expected to land in Tampa, an unexpected high number of players have reached out to the Buccaneers to let them know they want to join the former Patriots’ QB there, per league sources.

Sign me up‼️No state tax , and playing with the 🐐@TomBrady https://t.co/CpN5ZfiS5L

This is otherwise known as the NFL version of the LeBron effect… https://t.co/MrWkbIxYYO

1. Play with Brady
2. Warm weather
3. No state income tax
4. YOU HAVE A FREAKING PIRATE SHIP IN YOUR STADIUM THAT SHOOTS CANNONS!

There were reports yesterday of Antonio Brown’s name in the mix. I can’t see that happening. He’s too volatile.

What’s more likely, Brady wins a Super Bowl with the Tampa Bay Buccaneers at this point or Jameis Winston makes the playoffs with any team at all next season?