Report: NY Giants Are Asking For Two First Round Picks In Exchange For Odell Beckham Jr. 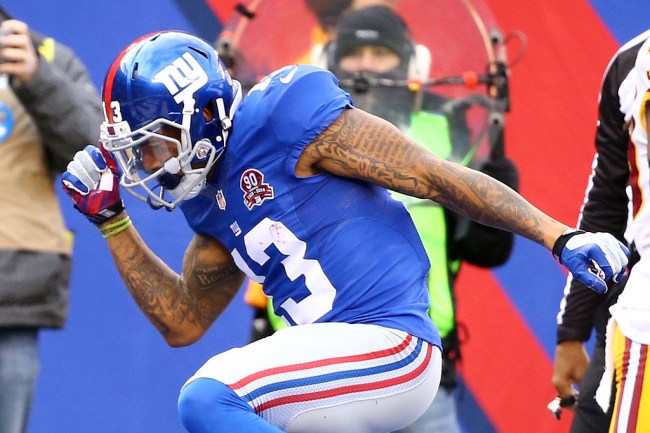 Earlier this week, NY Giants owner John Mara made headlines when he revealed that the team was open to trading star wide receiver Odell Beckham Jr. this offseason if the price was right.

According to ESPN’s Adam Schefter the price for the Giants to trade Beckham is pretty steep.

Giants have asked for at least two first-round picks in return for Odell Beckham Jr., a league source tells ESPN, even though team insists it is not shopping him.

Doesn’t mean they get it, or close to it, or even trade OBJ. But they have asked for at least two first-round picks.

It’s pretty clear that the Giants aren’t serious about trading Beckham unless a team bites on their absurd demands which is doubtful. It will be interesting to see if the Giants WILL eventually soften their stance as the season gets closer and their contract situation with Beckham worsens.