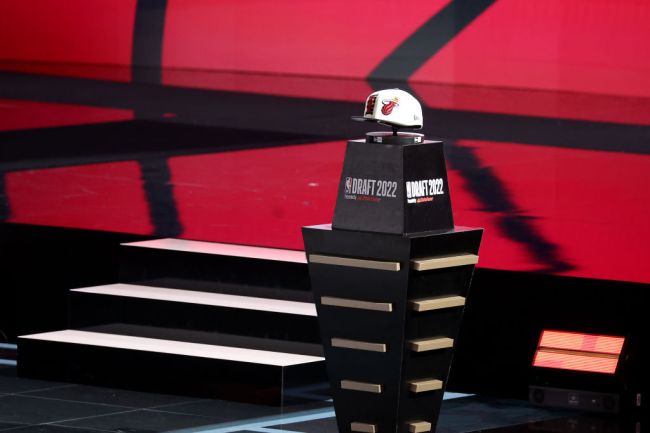 There are few teams in the NBA who have managed to outperform expectations over the past few seasons like the Miami Heat. They shocked many when they made it to the NBA Finals in the bubble. Then, after a disappointing round 1 exit 2 seasons ago, they made it back to the Eastern Conference Finals this past season only to lose a game 7 to the Boston Celtics.

They’ve accomplished all of this despite the fact that their roster lacks star power outside of Jimmy Butler. Tyler Herro and Bam Adebayo are both strong options alongside Butler, but the team lacks a true second star.

The Heat have reportedly been trying to change that this offseason. They have been linked with moves for both Donovan Mitchell and Kevin Durant recently.

Today, Bleacher Report’s Jake Fischer reported that Durant is the player they are currently prioritizing as they try to add another star.

The Kevin Durant and Donovan Mitchell trade sweepstakes are looming over RJ Barrett and Tyler Herro’s extension conversations. What about the other 2019 first-round picks still on the board for a new deal? More @br_nba: https://t.co/DS6TwAich5

RJ Barrett and Tyler Herro are the two extension-eligible 2019 first-rounders whose futures seem tied to the outcomes of the Durant and Mitchell trade sweepstakes.

The Miami Heat remain focused on acquiring one of those aforementioned All-Stars, and multiple sources with knowledge of the situation told B/R that Miami has prioritized pursuing Durant over Mitchell.

Landing Kevin Durant would surely prove to be costly for the Heat. They’d certainly have to give up Tyler Herro in any deal for KD as well as a ton of draft picks. However, they would also quickly become the favorites to win the NBA title next season.

Mitchell would also be a strong addition for Heat, but he also carries a hefty price tag and seems less likely to be able lead the team to a ring.

Whatever they end up doing this offseason, there’s no doubt that Jimmy Butler would welcome a bit more help to get the Miami Heat over the hump.