Rex Ryan Wants Back In The NFL, Is Eyeing The Washington Redskins Job 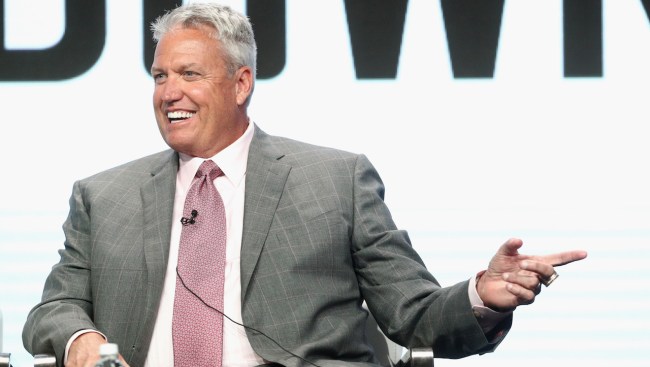 Y’all ready to understand the true misery of being a New York Jets fan? Over the last twenty years, the head coach most responsible for bringing me football-related joy is… Rex fucking Ryan. Depressing as all hell, I know.

You see, Sexy Rexy is actually responsible for the most prolific period of New York Jets football since the turn of the century, as he led the team to back-to-back AFC Championship games in 2009 and 2010. In fact, during the 2009 run, the Jets went on the road to beat Peyton Manning and the Colts before traveling up to Foxboro to beat Tom Brady and the Patriots. Pretty epic shit if I do say so myself.

Point being, while Rex Ryan catches a lot of heat, he’s actually a legitimate NFL head coach who could possibly have room to improve if he’s learned from his mistakes of the past.

And if there’s any franchise in the National Football League that’s dumb enough to give him a third chance, it’s the Washington Redskins. And Sexy Rexy seems to know that, as he recently said on ESPN’s Get Up that he would gladly take the Washington Redskins head coaching job — a job that he thinks people are going to be “lining up for”:

I missed this one from Rex on @GetUpESPN commenting on #Redskins coaching vacancy…”I would take it” #HTTR pic.twitter.com/SSBAjjho0O

Would the Redskins actually consider Ryan for their vacant head coaching gig? Honestly, who the hell knows. The man is still likely one of the sharpest defensive minds around the NFL, and while his time with the Bills was ultimately unsuccessful, his time with the Jets with undoubtedly productive, as he was only ultimately undone by a lack of talent.

If you call yourself a football fan, then you should certainly want Sexy Rexy back on an NFL sideline.