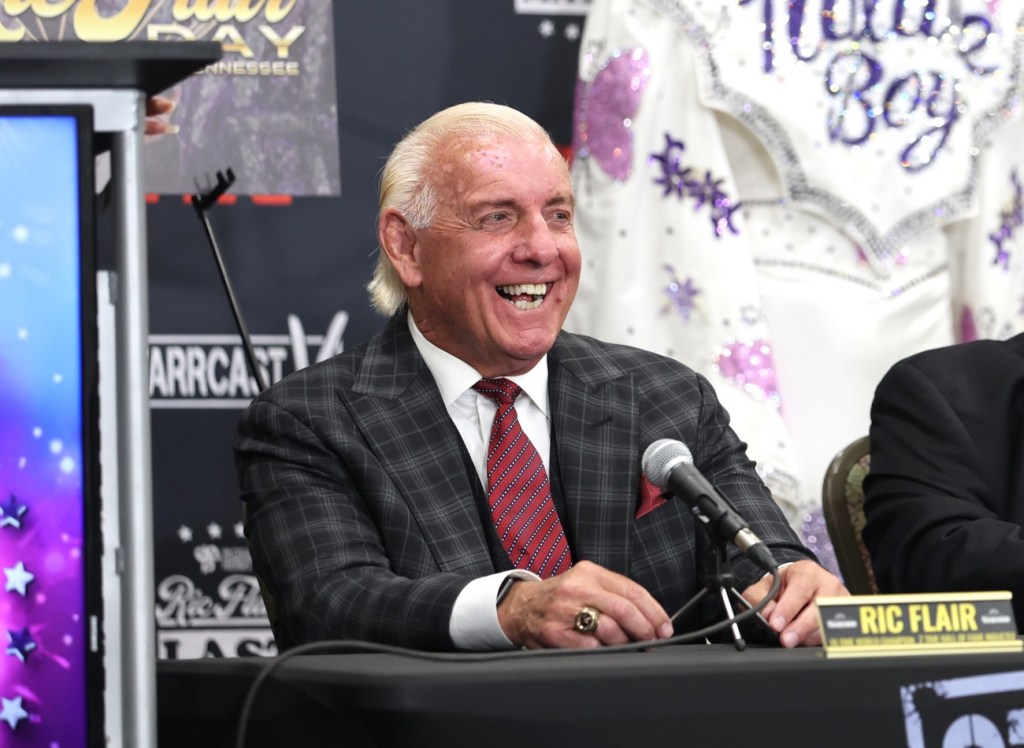 Derrick Henry has got that dawg in him. Anyone and everyone who watches the NFL knows that. In the 2020 season, King Henry became just the 8th player in NFL history to rush for over 2,000 yards in a season. He is an absolute beast and now wrestling legend Ric Flair knows it.

Ric Flair was a guest of the Tennessee Titans on Thursday at training camp in Saint Thomas Sports Park. Ric Flair would later speak to reporters and say he despised Derrick Henry when he was a running back for Nick Saban at the University of Alabama. Flair’s words were ‘I hated him at Alabama, I love him here. Anybody but Alabama!’

For anyone wondering, Ric Flair was born in Memphis, Tennessee, and later played college football briefly for the University of Minnesota. He has been tied to the Georgia Bulldogs as a hype man in the past but there’s no clear explanation of why he despises Nick Saban and Bama so much, if it’s a Georgia or Tennessee thing.

Anyway, here is is at Tennessee Titans training camp making the rounds…

.@RicFlairNatrBoy didn’t like @KingHenry_2 at Bama but rates him as his NFL favorite. Henry after hearing that. #Titans pic.twitter.com/37FpVgOy4e

All things considered, this is a pretty week ‘WOO’ from the boys….

.@RicFlairNatrBoy breaks down the @Titans after practice. “Woooooo!” pic.twitter.com/JtmdRKlQnd

Hold up, this man is 73 years old and he’s wrestling AGAIN this weekend???

They couldn’t send him home without some gifts:

Thanks To @CoachVrabel50 & The @Titans For Having Me! WOOOOO! pic.twitter.com/Cp3EFyPPF8