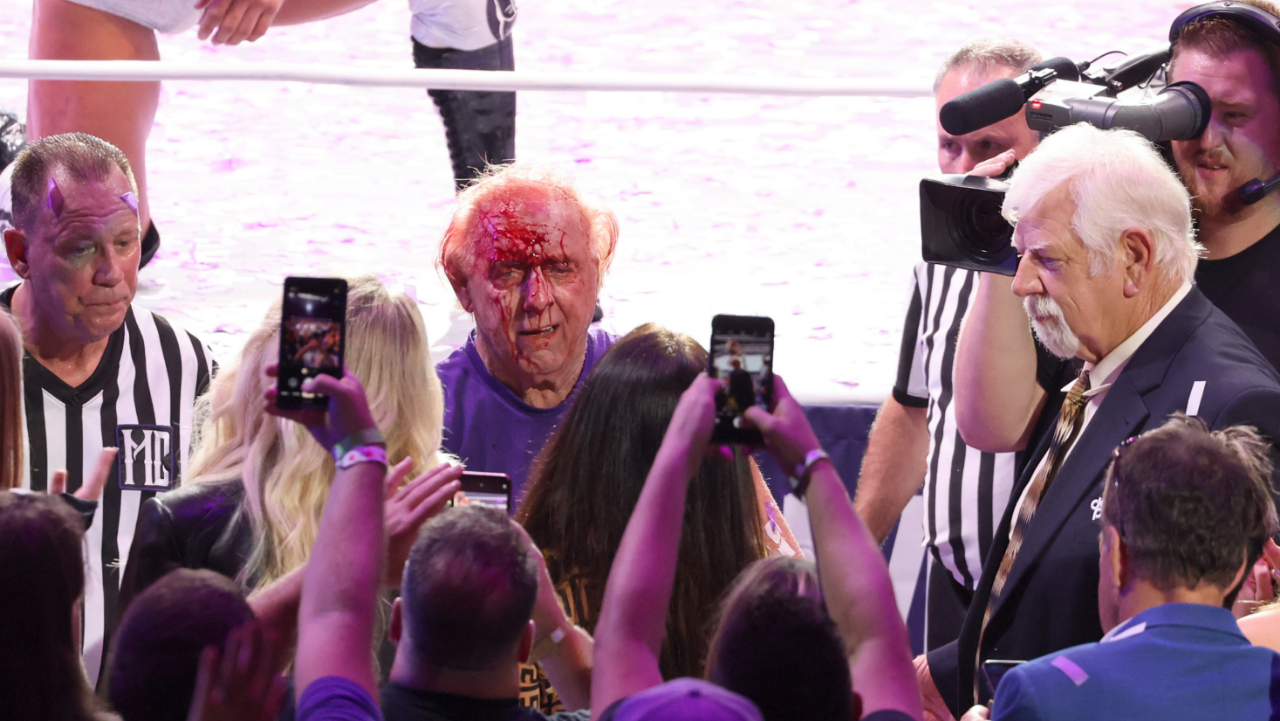 Ric Flair still has some tricks up his sleave.

On Sunday night, the 73-year-old wrestling legend wrestled in a Starrcast event that was promoted as his “last match.”

During the match, Flair, who has had several serious health issues and recently had a pacemaker installed, fakes a heart attack right in front of his daughter and she looked absolutely horrified during the stunt while sitting ringside.

A bloodied Ric Flair won his last match and would address his fans.

The celebration is complete! Ric Flair and Andrade El Idolo get the win #RicFlairsLastMatch pic.twitter.com/PYvd0bSszO