Legend Status CONFIRMED: Rick Ross Puked His Guts Out Trying To Keep Up Partying With Gronk 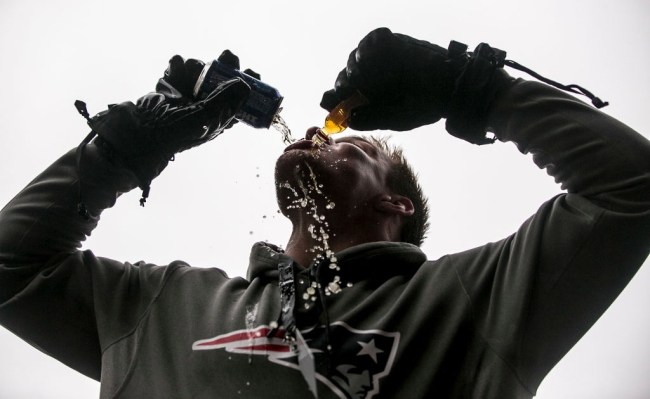 As we reported on Wednesday, Gronk didn’t let the party stop once the Patriots victory parade was over. (Even if he was so lit at the parade that he almost dropped some Lombardi trophies.)

Nope, Gronk being Gronk he kept it rolling HARD at the Shrine Nightclub at the Foxwoods Resort Casino where he chugged champagne, danced his ass off on stage (the pics and videos are classic) and hung out with none other than Rick Ross.

On Thursday, Ross appeared on “The Brilliant Idiots” podcast with Charlamagne Tha God and Andrew Schulz where he told the story of how in trying to keep up with Gronk he ended up puking his guts out.