Ricky Williams Shares When And Why He Started Smoking Weed, Explains Why It Makes Him A ‘Better Person’ 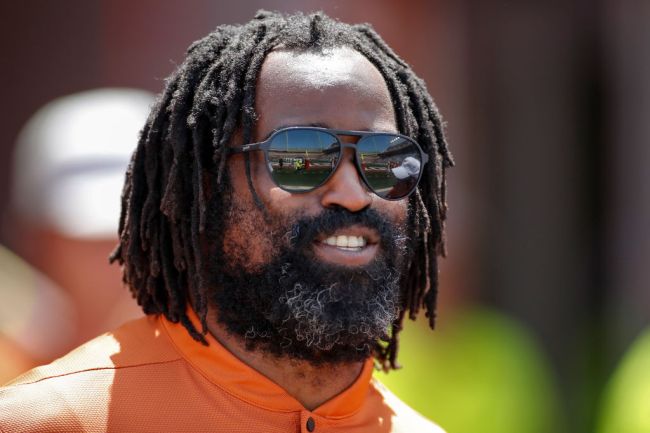 Ricky Williams won a Heisman Trophy at Texas and rushed for over 10,000 yards in 11 NFL seasons. The man was a problem on the football field, but that’s not what he’s known for, especially when it comes to the younger generation of football fans today.

Williams is known as the weed guy, which is justified. He was suspended a full season for violating the NFL’s drug policy and then essentially went into hiding for quite a while after retiring from football. He’s also been open about his love for cannabis over the years and certainly doesn’t shy away from speaking about it.

The 44-year-old joined ‘The Pat McAfee Show’ on Monday and went into detail about when and why he first started smoking weed.

“So we went to his house and smoked during lunch,” Williams explained. “Like most people, I coughed my lungs out, and I didn’t get it. But several years in the future, going through a difficult time, I couldn’t sleep. I was obsessing over my ex and my roommate suggested that I smoke, and I did. It was the only thing that worked to keep me from obsessing. Not only did it keep me from obsessing, it gave me perspective and allowed me to look at the situation differently and that was extremely powerful for me.”

McAfee went on to reveal that for him, cannabis has been a “secret weapon” and that it’s allowed him to accomplish so many things in his life. Williams agreed with McAfee’s sentiment and got a bit philosophical explaining that weed makes him a better person.

“It made me a better person,” Williams said. I think sometimes when we sell our soul for external expectations we might have more of what looks like success on the outside, but a lot of times we’re empty on the inside. I think the key in life is finding that balance, and cannabis helped me find that balance.”:

"It made me a better person.. it helped me thrive in my internal life & have a lot of success as a football player" ~@Rickthelaureate #PMSOverreactionMonday #PatMcAfeeShowLive pic.twitter.com/d2DmqeV31Z