Rob Gronkowski Shares What He Does, And Doesn’t Miss, About Living In New England 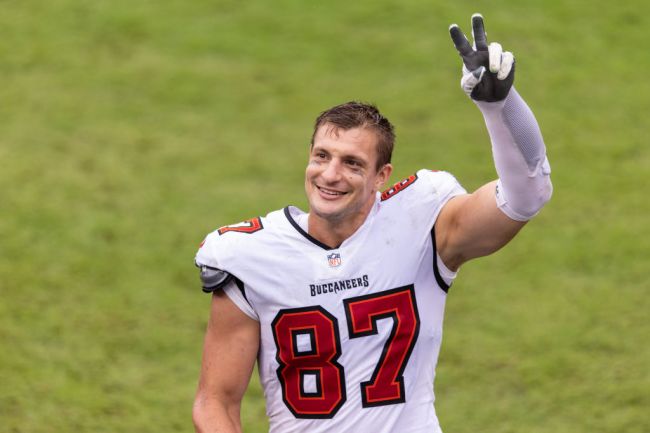 While Sunday’s game between the Patriots and Bucs in New England is being tabbed as Tom Brady’s return home, Brady isn’t the only former Patriot great returning to Foxborough. Rob Gronkowski won three Super Bowls with the Patriots, and he’ll be sure to receive quite the ovation on Sunday from Pats as well.

Leading up to the most highly-anticipated game of the NFL season thus far, Gronk caught up with Mike Reiss of ESPN to reflect on his time in New England. The interview wasn’t so much about what Gronkowski was able to do on the field, but more about day-to-day life living in New England.

Gronk explained that the crumby weather in New England was something he doesn’t miss at all about being a Patriot.

“The crappy, ‘in between’ weather. When it’s about 40 degrees, and raining, and cloudy. … it just throws everything off and feels eerie.”

As for the one thing he does miss the most? Sitting courtside at Celtics games, of course.

“Going to the Celtics games. They would hook us up, front row. Just to go check out an NBA game, being right there on the court, was always really cool.”

Gronkowski also said that the famous duck boats are the best part of Boston, because of course.

With Tampa Bay not having an NBA team, I’m sure it was a bit of an adjustment for Gronk not to be able to catch a basketball game here and there. The trade-off of having some great weather in Tampa Bay is a pretty solid trade-off though, that’s for sure. The nice weather and the no state income tax in Florida, Gronk has to be enjoying that as well.