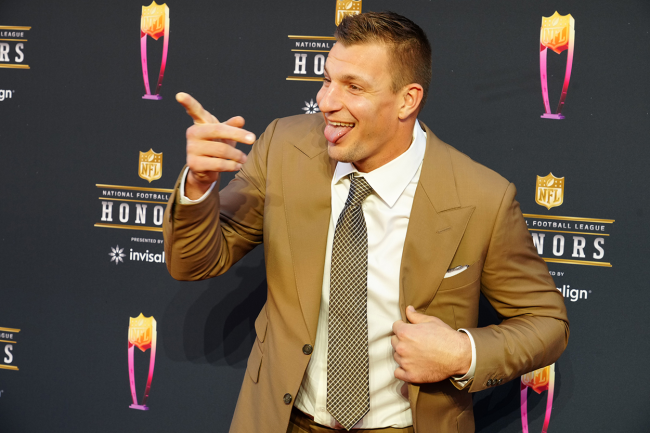 Rob Gronkowski is not signed to an NFL contract for 2022. The 32-year-old is currently a free agent after playing the last two years in Tampa Bay and has not decided on what he wants to do just yet.

Gronkowski has retired from football in the past, but he came back after one season off. This time, there is a lot more hesitance for a return.

The four-time Super Bowl champion and five-time Pro Bowler spoke with TMZ Sports about his future in the NFL. It was not promising, but he did not rule out a return.

Rob Gronkowski said that he was not ready to commit to the NFL.

Although Gronk continues to remain on the fence, he knows that if he gets back to football, he won’t be able to stay away. At a recent charity event, the future Hall of Fame tight end said that he made sure to be throwing passes instead of catching them.

“I knew if I started catching some passes that my head would have started turning, like, ‘Oh, crap, I got to get back out on the field,'” Gronkowski said.

As for what is next, Gronkowski is not sure. He understands his body and knows how he feels and isn’t going to play if he isn’t fully “in it” both physically and mentally.

“Even in your 30s, I mean, you just can’t just slack it and just be 50% all-in, then you’re going to get caught off with the game and it’s going to just spit you right out,” Gronkowski said. “You’ve got to be fully dedicated. I’m not ready to do that yet, I’m not going to sign a contract if I’m not fully ready.”

Should Gronkowski choose to play in 2022, he will be able to sign with whatever team he so chooses. It could be a return to the Buccaneers to play another year with Brady, or he could decide to play his first season without Brady.