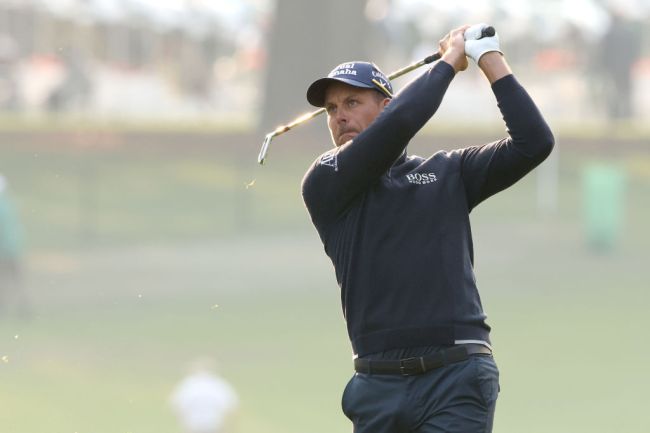 Hitting a shank at Augusta National is probably a fear that every golfer shares. It’s one of the last places on Earth you want to catch one off the hozzle, but more often than not, at least one player succumbs to the dreaded s-word during the Masters.

It didn’t take long for us to see our first and second shanks of this year’s Masters with both coming at Amen Corner.

Robert Streb stood on the Par 3 12th tee fresh off of a birdie on the very difficult 11th. He was probably feelin’ it standing over his ball on the 12th tee box but went full bailout shank as his tee shot ended up well right and luckily stayed short of Raes Creek in front of the green.

The first shank of #TheMasters belongs to Robert Strep on No. 12.

What a tremendous honor! 👏pic.twitter.com/QiCZOevJXO

Streb walked away with a bogey on No. 12 and was able to bounce back right away with a birdie on the Par 5 13th.

Just minutes after Streb’s shank, Henrik Stenson decided to hit one of his own with his approach shot into the 11th green. The Swede hit us with the immediate club drop, and his ball nearly took out Stewart Cink who was getting ready to hit his tee shot on No. 12.

Henrik Stenson launched one so far right on No. 11 that he nearly hit Stewart Cink on the tee box of No. 12 😂pic.twitter.com/g007OR7Zt6

Stenson’s luck around Amen Corner wasn’t as great as Streb’s, however. He walked away with bogeys on both the 11th and 12th before getting a shot back with a birdie on No. 13.