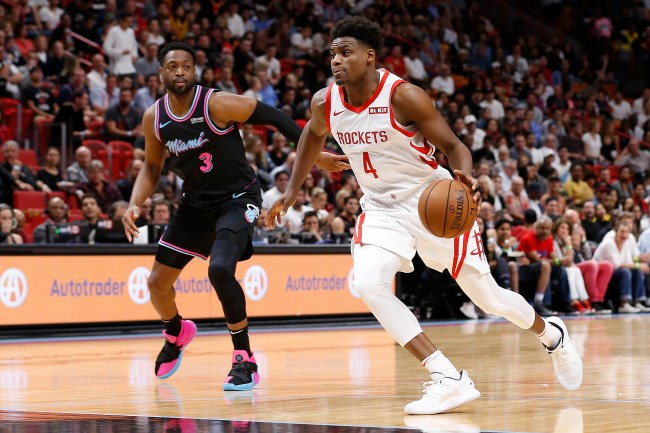 We’re beginning to learn the details as to why Rockets’ Danuel House has been mysteriously held out from games.

For the past few days, House has been unable to play due to non-COVID related personal issues.

Danuel House is out for personal reasons, Rockets coach Mike D'Antoni said. He said it is not COVID related.

On Thursday night, ESPN’s Adrian Wojnarowski reported that House was being investigated by the league for breaking the NBA bubble protocols.

Reporting with @ESPN_MacMahon: Houston Rockets forward Danuel House Jr.’s status for the remainder of the Western Conference semifinals is in jeopardy as the NBA probes a potential violation of bubble protocol. House has denied any wrongdoing to the league.

Yahoo Sports reporter Chris B. Haynes is now reporting that House is under investigation because he allowed a female COVID-19 testing official into his room which apparently violates the bubble protocol.

Houston Rockets reserve Danuel House Jr. is under investigation by the league for allegedly allowing a female COVID-19 testing official into his hotel room, and his status for the remainder of the Western Conference semifinals against the Los Angeles Lakers is in question, sources told Yahoo Sports.

According to Haynes the NBA will decide House’s status for Thursday night’s game 4 between the Lakers and the Rockets this afternoon.