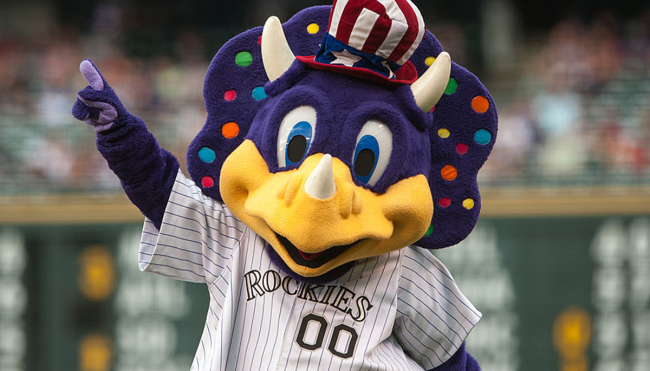 On Sunday, plenty of people were understandably riled up by a video that appeared to capture a fan at Coors Field repeatedly yelling the n-word while Lewis Brinson was at the plate during a contest between the Colorado Rockies and the Florida Marlins.

It didn’t take long for the Rockies to issue a statement condemning the abhorrent behavior in which the team announced it was conducting an investigation in the hopes of identifying the culprit.

A statement from the Colorado Rockies regarding the racial slur incident at the end of today's game: pic.twitter.com/85uN3f1pFZ

Internet sleuths also began to pursue the case, but based on what was uncovered, it would appear the supposedly guilty fan is actually about as innocent as you can be if a video claiming to show what actually transpired is to be believed.

A couple of hours after the Rockies posted that tweet, one online detective hopped into the team’s mentions and posted a clip that appeared to capture the fan in question repeatedly yelling Dinger, which just so happens to be the name of Colorado’s mascot. The spectator can also be seen waving in the direction of the polka dot-covered triceratops after spotting it a few rows back in the section next to where they were sitting.

if you look closely he was trying to get the attention of “Dinger” the Rockies mascot. pic.twitter.com/kVB8RVByXW

I can only assume it’s just a matter of time until the Rockies release another statement apologizing for the decision to give their mascot a name that can be confused with a racial slur.

UPDATE: The Rockies have not done that (at least not yet), but they did speak with the fan in question and confirmed the innocuous nature of his screaming

NEW: The Rockies tell me last night’s incident was a fan shouting to get the attention of the Rockies mascot Dinger, not a racial slur. The Rockies have spoken to the fan who confirms this is the case. They’ve also reviewed video from the local broadcast. #9News