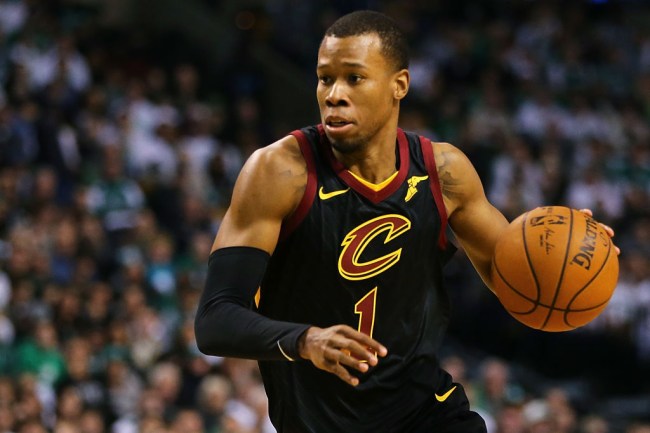 Rodney Hood is having a rough time in Cleveland. Earlier this year Hood got traded from the Jazz in the middle of the season and was expected to become a major key in the Cavs title run but for whatever reason he hasn’t been able to get into Ty Lue’s rotation. A few weeks the frustrated Cavs guard lashed out at coach Lue the when he refused to go in the game during garbage time in a playoff game against the Raptors.

Before game 2 of the NBA finals, Hood spoke with Marc Spears of the Undefeated and told him that he watches Youtube highlights of his time with the Jazz as a way to remind himself that he did something good on the court at some point in the season.

“At times when I may lose a little bit of confidence because of playing time or whatever, I look back to my Utah highlights a lot on YouTube just to remind myself that that was this (season) when I did those things,” Hood told The Undefeated’s Marc J. Spears.

“I was playing at such a high clip when I got traded. And then, this is my first time having DNPs in life. The first time shooting two times or five times in a game. Having to adjust is the toughest part. It’s a part of my growth. I’m not going to always be in this state.”

Hood will become a restricted free agent this offseason but it’s almost certain that he won’t be returning to the Cavs next season.