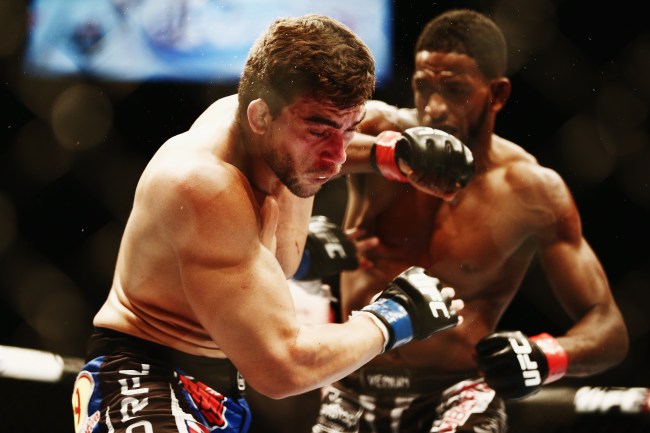 Former UFC fighter Rodrigo de Lima was murdered on Sunday in a hit and run incident following an argument with an Uber driver in his native country of Brazil.

UFC welterweight Michel Prazeres, a longtime friend and teammate of “Monstro”, told MMA Fighting on Monday morning that the 26-year-old fighter was inside a car with a few friends when he started arguing with the driver.

The driver allegedly stopped the car, Prazeres said, and they got in an altercation before the man drove away, came back and allegedly hit de Lima from behind with his car.

Officials are currently on the hunt for the driver, who was later identified as Jefferson Roger Maciel.

In his 13 career MMA matches, de Lima, who was known as known as “Monstro” (“Monster” in Portuguese),  went 9-3-1. He fought twice in UFC, losing both bouts to Neil Magny and Efrain Escudero. His most recent match came last June when he won by decision at Shooto Brazil 85.

He is survived by his wife and two children.