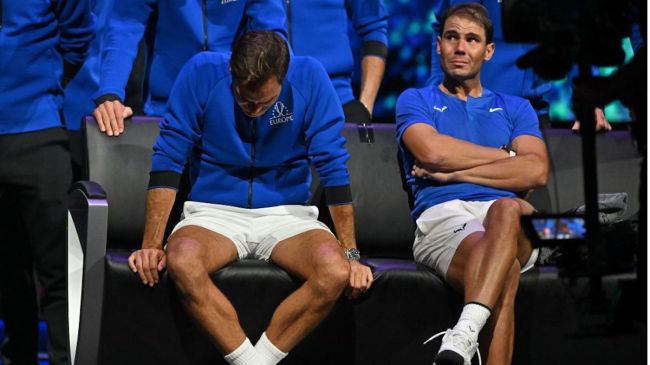 After announcing last week that he would be retiring from professional competitive tennis, the legendary Roger Federer played in one final official ATP event on Friday night at the Lavar Cup in England and the results were pure waterworks.

At the Lavar Cup in England, the 41-year-old Federer shared center court with his longtime rival Rafael Nadal and the moment was so emotionally overwhelming that the pair both broke down in tears.

Your greatest rival is crying with you! Speaks up the magnitude of his legendary career! 🥲#LaverCup2022 #Fedal #Federer #Nadal pic.twitter.com/Op0QGNR9hT

Not only are both Nadal and Federer are considered to be the two of the greatest tennis players of all time — Nadal has 22 major wins while Federer has 20 — but their careers are intertwined to an inextricable degree, as their successes and failures were largely defined by one another.

Despite their years-long professional rivalry, the pair always had the utmost respect for each other, consistently delivering wildly competitive yet inspiringly amicable clashes for the better part of two decades.

All told, throughout the course of their respective careers, the pair played each other 40 times, with Nadal leading the lifetime series 24–16 overall, with a 14–10 in finals.

RELATED: Roger Federer Shows Off How Ridiculously Good He Is At Ping Pong While Looking Like James Bond