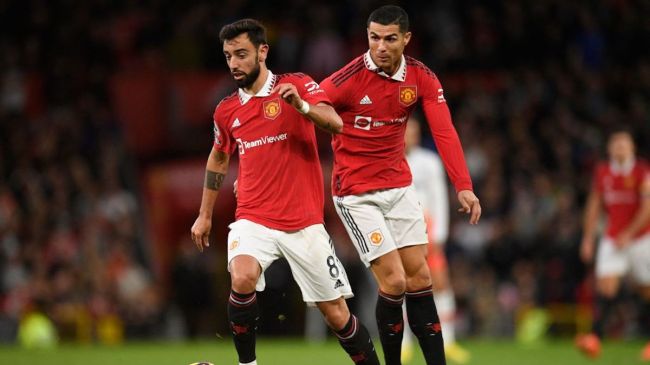 In the bombshell interview, Ronaldo called out both the club and the manager, even going as far as saying that he does not respect current first-year boss Erik Ten Hag.

While it’s unclear whether Ronaldo was unaware or simply unbothered, the interview has not helped the Portuguese forward’s case as a majority of the soccer world, apparently including his own teammates, seems to think the interview was out of line.

Take this recent exchange he had with United teammate Bruno Fernandes when the pair met up with the Portuguese National Team ahead of the upcoming World Cup, for example — Fernandes clearly says or does something that leaves Ronaldo confused.

Ronaldo seems to be genuinely bemused why Bruno Fernandes might be a bit frosty with him. https://t.co/usJo0fDDbo

If Portugal is going to win the 2022 World Cup — which will likely be Ronaldo’s last shot at winning the historic trophy — the pair are going to have to put aside their differences as they’re two of Portugal’s most important players, especially considering that projected starting winger and goal scorer Diogo Jota will be missing the tournament through injury.

Despite the presence of Ronaldo, Portugal isn’t even one of the top eight betting favorites to win the World Cup, as they trail the likes of Brazil, France, Argentina, England, Spain, Germany, Belgium, and the Netherlands.