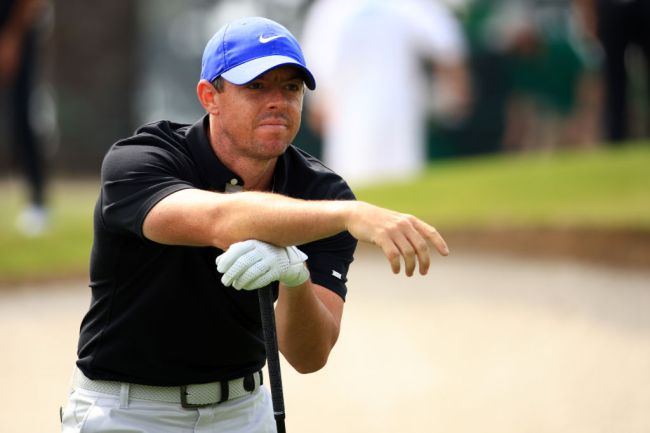 Rory McIlroy very literally hit his father with a 7-iron during his opening round at the Masters on Thursday.

After pulling his tee shot into the trees on the Par 4 7th, McIlroy was faced with a tough approach shot into the green. He needed to hit a right-to-left shaped shot into the green, but he wasn’t able to do so. The result? He caught a patron in the leg standing just right of the green. Moments after the shot, Ryan Lavner of Golf Channel reported that the patron was in fact Rory’s father, Gerry.

WHAT ARE THE ODDS?! Rory McIlroy’s approach shot on No. 7 hit a spectator.

That fan was Gerry McIlroy, his father. 😳pic.twitter.com/YlioSbE30W

This obviously could have turned out much, much worse. Outside of taking a golf ball to the foot, taking one off the leg is about as good of a place as any. Having seen a few people take a golf ball to the head in my day, it can get pretty scary.

As for how things ended up for Rory, he walked away with a bogey on the hole. He closed out his final nine holes with four bogey and a birdie making the turn at three-over on the day.