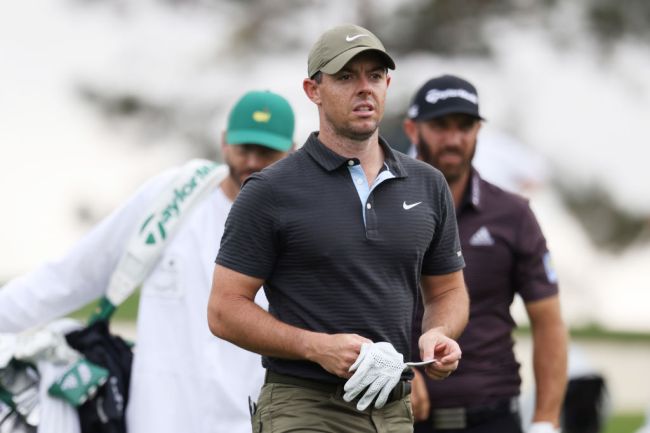 After picking up four wins and hoisting the FedEx Cup Trophy in 2019, Rory McIlroy had all the momentum imaginable heading into 2020. Thanks to the pandemic cutting the season short, however, McIlroy’s opportunities to find the winner’s circle were few and far between and he was unable to do so.

The year 2020 also marked another season in which McIlroy did not win a major championship. It’s now been six years since the now 31-year-old won a major, his last being the 2014 PGA Championship. After winning four majors in three years, McIlroy’s dry spell in major championships has most golf fans puzzled and some even questioning if he’s become complacent given his overall success and enormous bank account. McIlroy is eighth all-time on the PGA Tour career money list with over $54 million earned.

Former professional golfer Tom Weiskopf, who won just one major in his career, recently told Golfweek that he thought McIlroy wouldn’t ever win another major because he doesn’t have the will or determination to do so.

McIlroy responded to Weiskopf’s opinion in a recent Q&A with Eamon Lynch at Golfweek and gave a stellar answer.

“I’ve never met Tom Weiskopf in my life, he’s never met me,” McIlroy explained. “So he’s obviously making a statement based on what he sees from the outside, but I don’t think that’s a fair assessment. I’ve shown throughout my career that I care, that I want to win, that I want to be the best. And I’ve been the best. It’s not as if I’m out there in the clouds and not thinking about it. I try my heart out on every single shot, every single tournament that I play. I maybe deal better with disappointment than I used to.

I saw the interview where he said he sees no frustration. Like, I don’t think that’s a bad thing. I mean, look at the Zozo. I’m breaking clubs, so there’s a bit of frustration there [Laughs]. Obviously, he didn’t watch that round of golf.”

What makes McIlroy so likable, besides his perfect golf swing and ability to win, is his honesty with the press. As he said, he’s been the best in the world before, but right now, simply put, he’s not there. Having said that, it’s clear he wants to return to that top spot. Sure, with age, he’s cooled off a bit when it comes to showing frustrations, but not throwing clubs or shouting at his ball doesn’t mean he doesn’t care anymore.

I’m sure it is difficult to get juiced for certain tournaments that aren’t majors or WGC’s sometimes for Rory, but the man is still only 31-years-old. He’s finished Top 10 in eight of his last 19 starts in majors, he’s going to win at least one more before he hangs it up.