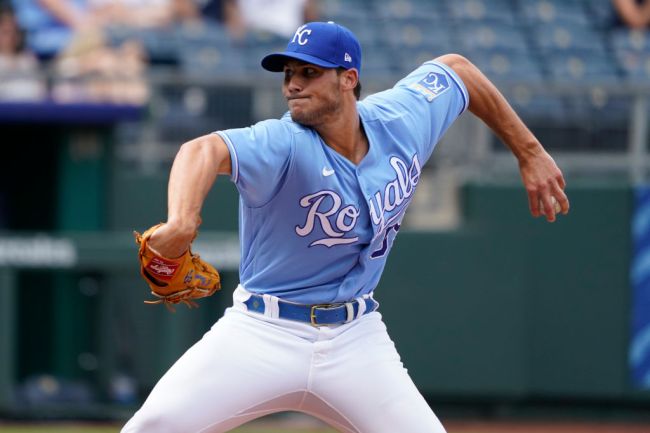 Kansas City Royals rookie Jake Brentz took the mound against the Oakland A’s in the sixth inning on Tuesday night. Brentz delivered a strike with his first pitch in the game, but the second pitch? Not so much.

Brentz threw his second pitch about two feet in front of him, the ball didn’t even leave the mound.

What makes the story even better is that Brentz was celebrating his 27th birthday on Tuesday. Talk about starting a new year of life on the wrong foot.

Brentz ended up having a fine night on the mound after the embarrassing pitch though. He struck out the batter two pitches later and worked a perfect inning. He even earned the win when it was all said and done, his fifth W of the season.