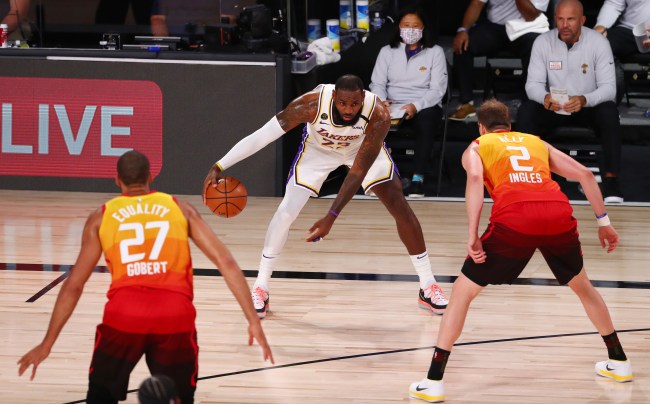 Rudy Gobert isn’t going to let LeBron James slide with his comment about the Utah Jazz.

Despite the fact that the Jazz have the best record in the league, both their star players were chosen last by LeBron on Kevin Durant in the NBA All-Star draft.

Utah Jazz have the best record in the NBA and Durant and LeBron left Utah's two all-stars for last in the Draft LMAOOOOOOOOOOOOOOOOOOOOOO #NBAAllStar pic.twitter.com/3tcP1LJI1E

When asked about why the Jazz players were picked last, LeBron hilariously stated that no one ever wanted to play with the Jazz even in video games.

LeBron says even in video games no one picks the Utah Jazz lmaoooo. pic.twitter.com/3H4RmaXeim

“There’s no slander tho the Utah Jazz. You’ve got to understand, just like in video games growing up, we never played with Utah. As great as Karl Malone and John Stockton was, we would never pick those guys in video games.”