Runner Loses It After Finding Out Mid-Interview That He’d Won Gold, Not Silver, After A Disqualification 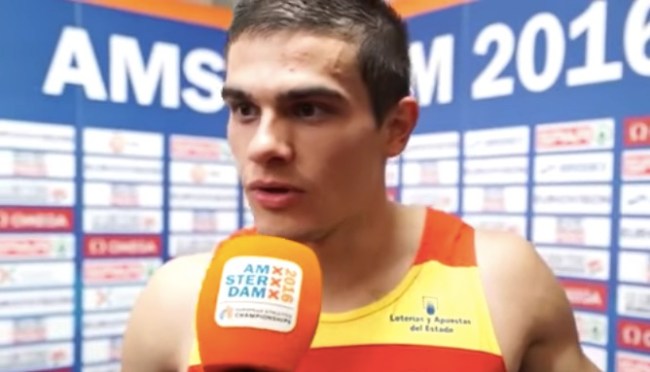 It’s not often that a reporter is there for the EXACT moment a runner finds out s/he wins a race. Usually, the interviews come minutes after the race when the runner still hasn’t caught their breath and is struggling to get words out. Don’t get me wrong, I love the interviews when the reporter is pressing the athlete with questions about what this 2nd place finish means for world peace and solving global hunger while the runner’s sitting there like ‘dude, I’m just trying to suck enough oxygen to stay alive. Can you tone it down and give me like 30 seconds to breathe so I don’t fuckin’ die?‘

In this case, Spanish runner Bruno Hortelano thought he’d won the Silver medal in 200M at the European Athletics Championships but finds out from the reporter that he’d actually won the Gold. The interview starts out awkward because the reporter is Dutch and speaking Spanish, and the Spanish runner thinks he’s won Silver and believes there’s a miscommunication because of the language barrier. He then finds out that he’s actually won a Gold medal in the 200M and his reaction is spectacular:

That’s a pretty cool moment for both the reporter and the athlete. Her for getting to deliver the news that he’s won Gold and him for finding out he’d actually won because the other runner was disqualified for drifting into another runner’s lane.