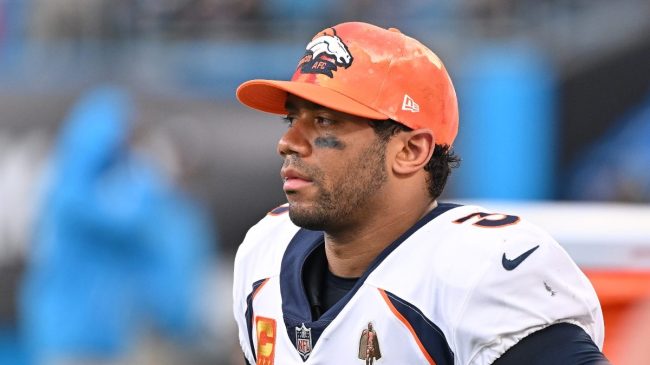 The Denver Broncos are in a bit of trouble this season as the future looks incredibly bleak. With Russell Wilson not living up to the hype, the offense is suffering. Additionally, there are rumors swirling that he’s losing the locker room. Now, there are reports regarding Wilson’s birthday party and it’s just getting sad at this point.

According to Mike Klis, Russell Wilson had a birthday party and roughly half of the team showed up. It looks like Klis is attempting to negate the locker room rumors regarding the Broncos quarterback. However, if only half of his teammates arrived, then the other half didn’t attend.

There’s been some gossip about Russell Wilson’s standing in locker room. Here’s some context. Per source Wilson’s wife Ciara thru him a birthday party last night and “it looked like about half the team was there.” On player’s day off. Why do people have to be so hurtful? #9sports

First off, it’s a 34-year-old’s birthday party. So, who really cares? It’s not like this is Russell Wilson’s 21-er and he’s hitting the bars for the first time ever. Second, you’d think the starting quarterback could generate a bigger attendance from his teammates during the Broncos’ day off. Just saying.

So, maybe this means something, or maybe it doesn’t. Either way, it’s hard not to think about the negativity surrounding the Broncos’ franchise. Between Russell Wilson rumored to be losing the locker room and a head coach rumored to be fired at the season’s conclusion, the future is a bit questionable in Denver.

But hey, we’re sure Russell Wilson’s birthday party was a good time.