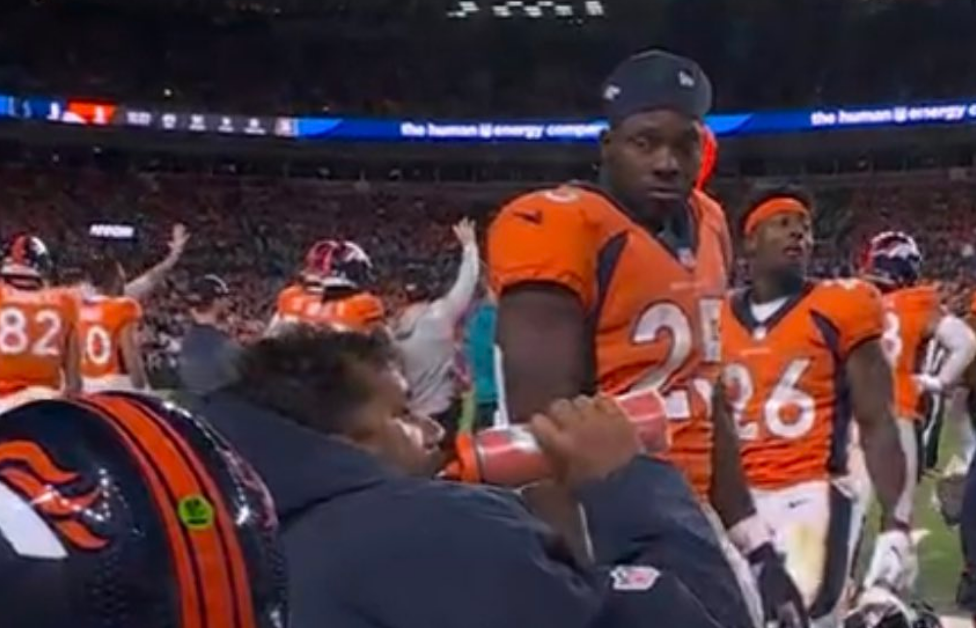 Russell Wilson had another rough game and his teammate Melvin Gordon did not seem happy with his QB.

Late in the fourth quarter, Wilson threw a terrible interception in the red zone that allowed the Colts to drive up the field to tie the game.

Wilson had a chance to win the game on 4th and 1 on the 6-yard line and couldn’t convert.

Before overtime, Wilson’s teammate Melvin Gordon appeared to give Russ the stink eye on the sidelines.

Fans had hilarious reactions to Gordon staring at Russ.

Melvin : I should've taken the 10mil from the chargers I could've had Herbert. https://t.co/iWE20xmD7g

Russell: "You ever do anything dangerous?"

This reminds me of that scene from the longest yard when Nelly was looking at Adam Sandler on the bench 😂😂😂😂 https://t.co/Z0tshor6Cm

All of us Broncos fans right now lolol! https://t.co/BTJfki7YL6