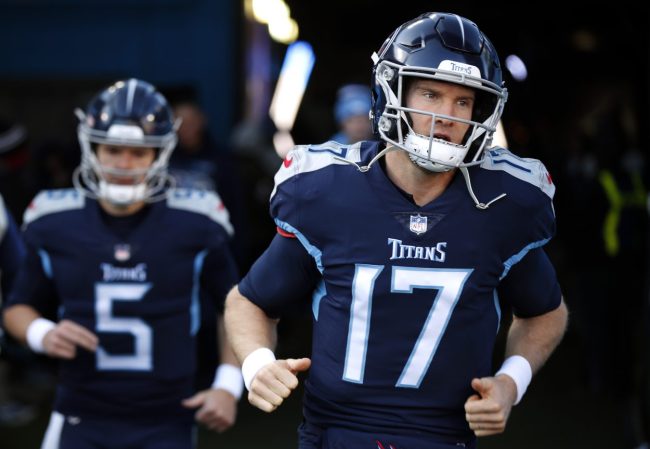 Ryan Tannehill had a bad Saturday. The 33-year-old quarterback of the Titans threw for 220 yards and a touchdown in the AFC Divisional Round against the Cincinnati Bengals, but added three interceptions.

The third interception came with less than 30 seconds left in the game. With the game tied at 16, Tennessee had an opportunity to go drive into field goal range and win it with a game-winner or take down the clock and try to win it in overtime.

On 3rd-and-5, Tannehill dropped back in the pocket and looked to his left for Nick Westbrook-Ikhine. He delivered a decent ball to his receiver, but it was into tight coverage and ill-advised.

The result was the worst case scenario. The defender got his hand on the pass, knocked it into the air and right into the outstretched arms of his teammate for the interception.

Cincinnati turned around, went 19 yards on three quick plays and advanced to the AFC Championship with a game-winning field goal. It could not have gone any worse for Tannehill and the Titans.

To add salt to the wound, Russian television straight up laughed in Tannehill’s face. Their reaction to the interception is downright hilarious.

As called on Russian TV: pic.twitter.com/9JANmcww9z

Can you imagine if this was on American television? That would be like Tony Romo and Jim Nantz laughing out loud at the interception. Russia is just different.