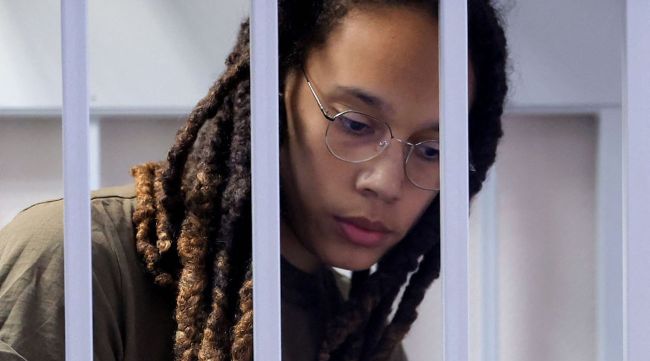 UPDATE: Brittney Griner has officially been sentenced to nine years in a penal colony by a Russian court. Her defense team called the verdict “absolutely unreasonable” and said they “will certainly file an appeal.”

Russian prosecutors in the Brittney Griner case are reportedly seeking a 9.5-year prison sentence, according to reports out of Moscow. The 31-year-old American athlete has been detained in Russia since February.

Griner, a WBNA star, has been detained in Russia since February after she was found carrying vaporizer cartridges containing hash oil, which are illegal in the country.

Reports indicate that United States officials have been attempting to engage Russia in a deal to free Griner and former security consultant Paul Whelan in exchange for Russian arms trafficker Viktor Bout, a.k.a. the “Merchant of Death.”

Earlier this Summer, President Joe Biden contacted Griner’s wife to ensure her that the United States government is doing everything it can to bring Griner home safely.

The prosecutors’ request was made during closing arguments Thursday in Griner’s trial, nearly six months after the American basketball star was arrested at a Moscow airport in a case that has reached the highest levels of U.S.-Russia diplomacy.

Griner has acknowledged having vape cartridges with cannabis oil in her luggage. She is facing up to 10 years in prison, but judges have considerable latitude on sentencing. [via ESPN]

During the trial, Garner’s lawyers attempted to make the argument that the vape cartridges were a result of rushed packing and not criminal intent. Furthermore, the defense provided “character witnesses from the Russian team that she plays for in the WNBA offseason and written testimony from a doctor who said he prescribed her cannabis for pain treatment,” according to ESPN.

With closing arguments being made, a final verdict in Griner’s case will be handed down either today or tomorrow.