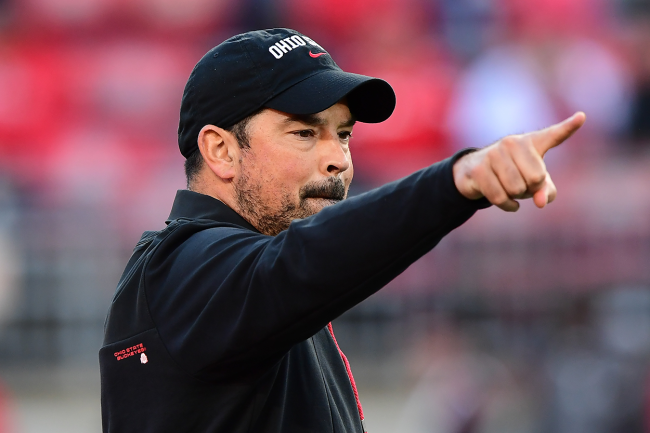 Five-star defensive end Matayo Uiagalelei is the second-ranked player at his position in the college football recruiting Class of 2023. He also happens to be the little brother of Clemson quarterback D.J. Uiagalelei.

Matayo, who plays for St. John Bosco in California, has 20 offers from programs like Oregon, USC, Alabama, Michigan State, Nebraska, Texas, Miami and LSU, among others. Ohio State is also heavily in the mix and recently hosted him for an official visit over the weekend.

Dave Uiagalelei, the father of Matayo and D.J. has made it very clear in the past how he feels about Buckeyes head coach Ryan Day. He is a big fan.

Every time I’m with Ryan Day it’s like family. He’s a great individual, the same person you see on TV is who you get in person. Thank you for being a real one @ryandaytime 🙏🙏🙏 pic.twitter.com/OBmDGAm4wp

After the visit to Columbus this weekend, Dave doubled down on his praise of Day. He also threw some very indirect, likely unintentional shade at Dabo Swinney in the process.

In response to a video of the Uiagalelei’s breakfast spread at Ohio State, a fan commented back with a big statement in regard to Day. He said that he is not sure that he would want another coach to help his son grow into a man other than Day.

Top notch across the board. As a father I don't know if there another coach I'd want helping my son grow in to a man other than Coach Day.

Dave proceeded to chime in and responded with a gif that read “#FACTS.”

Now, Uiagalelei has a son who is also being coached by Swinney, but he is agreeing with the notion that he doesn’t know if there is another coach that he’d want “helping his son grow into a man other than Coach Day.” By agreeing, he inadvertently made an indirect statement about Swinney… oops!