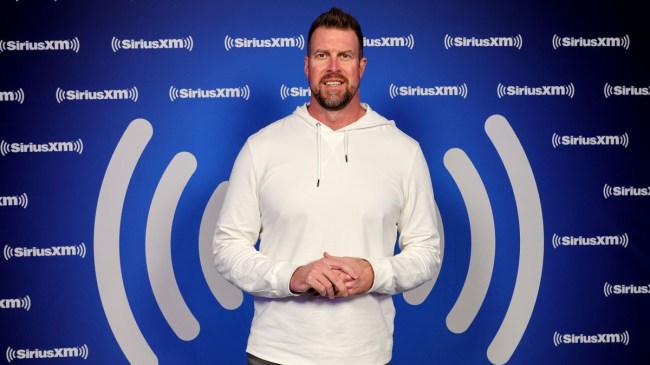 Ryan Leaf’s NFL career will live on in history for all the wrong reasons. The then San Diego Chargers selected Leaf with the No. 2 overall pick in the 1998 NFL Draft, one spot behind Peyton Manning. But their two careers could not have been much different. Leaf made just 18 career starts for the Chargers, throwing for just 13 touchdowns compared to 33 interceptions.

While his struggles on the field were glaring, they weren’t nearly as bad as his issues away from the field. Including an infamous altercation with a reporter that he’ll likely never live down.

Leaf was out of the NFL by 2002 and things haven’t gotten much better since. He’s been arrested a number of times and spent multiple years in jail. But despite a domestic battery charge in 2020, Leaf is currently a free man. And he’s doing what every free man does in their spare time, talking shit on Twitter.

New York Jets fans are currently dealing with their own version of Ryan Leaf. Sure, second-year quarterback Zach Wilson hasn’t been involved in off-field trouble (yet), but he’s been just as bad on the field. Wilson’s poor play has drawn the ire of every sector of the NFL world, including New York fans and Jets head coach Robert Saleh.

One Jets fan drew the comparison between Leaf and Wilson on Twitter, and now he’s probably wishing he hadn’t

Yes you can, you’re the Jets. It’s what you do.

The fan tried to clap back at Leaf. As it turns out, that was the worst decision that he could have possibly made.

I’ve had a better life then Jets fans the last decade and I spent 3 of those years in prison, respectfully of course.

This man has been in JAIL. The pen. The slammer! Lock up! The Clink! And yet he’s STILL had a better life of late than fans of the New York Jets.

That, like a jail cell, is the cold, hard truth. And the truth hurts.