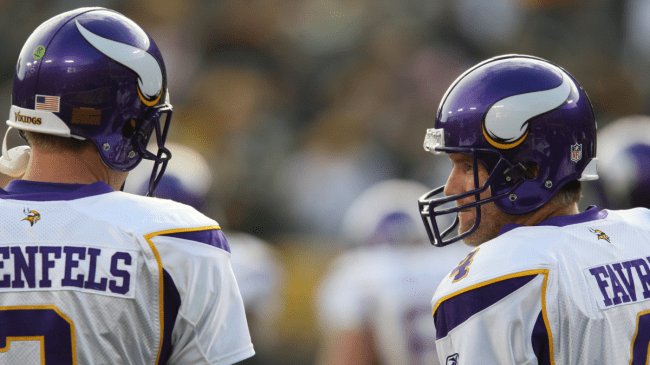 Brett Favre finds himself in the midst of a huge scandal involving governmental improprieties in the state of Mississippi.

The former NFL quarterback was first accused of arranging fake seminar appearances for which he was paid out over $1 million from a federal welfare fund. Things got worse when texts surfaced showing his desire to transfer $5 million from that fund to go towards building a new volleyball center at Southern Miss, where his daughter was playing at the time.

The millions of dollars used for these projects came from moneys designated to help lower income families in Mississippi, one of the poorest states in the nation.

The scandal is certainly a black eye for the Hall of Fame passer, who’s reputation was built on the image of a hard-working, blue-collar player coming from a small school in the Magnolia State. Instead, many will now remember him as a crook.

The story has gained traction throughout sports and news media, with many chiming in to give their opinion on the situation. Now, a former teammate from Favre’s time in Minnesota is speaking out.

Favre played in Minnesota for his final two NFL seasons. In 2009, he nearly led the Vikings to a Super Bowl, coming up just short in the NFC Championship.

Sage Rosenfels shared a QB room with Favre during that time, and now he’s speaking out on his former teammate. Rosenfels posted a message to Twitter on Thursday morning condemning Favre for his despicable actions in the welfare fraud case.

“Since retirement, I have been lucky to avoid stealing millions of dollars from the poorest people in my state.”

The sarcastic comment is yet another indictment to Favre’s character as his image amongst fans and former players continues to deteriorate.