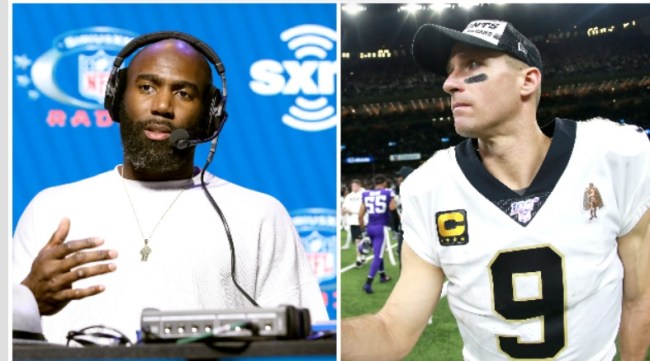 Drew Brees New Orleans Saints teammates are coming out in unison to denounce his recent comments about anthem protests.

On Wednesday morning, Brees spoke with Yahoo Finance and said that he views players who kneel during the anthem to protest police brutality as being disrespectful to the flag.

Several of Brees’ teammates have come forward on social media to react to his comments.

He don’t know no better.

We don’t care if you don’t agree and whoever else how about that.

Malcolm Jenkins, who recently signed with the Saints, posted a long video message directed at Brees and said the QB should “shut the fuck up” instead of denouncing how people should protest police brutality.

“You’re somebody who I had a great deal of respect for, but sometimes, you should shut the f–k up.”