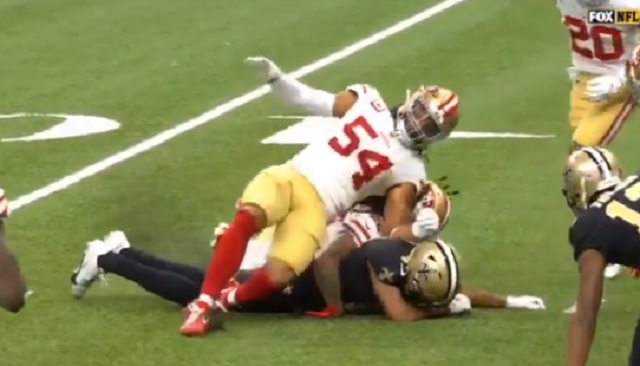 Tre’Quan Smith was forced to leave Sunday’s Saints-Niners after taking a scary hit to the head.

The Saints wide receiver was knocked out cold on the field after taking a scary hit to the head from San Francisco 49ers safety Jimmie Ward.

Trequan Smith is down bad.

Thankfully Smith was able to walk to the locker room on his own accord after the hit.

#Saints TreQuan Smith up and walking after scary hit.

Smith was later ruled out for the second half with a concussion.