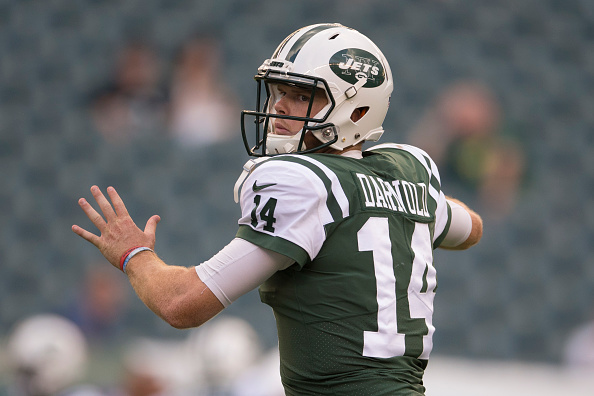 Before Sam Darnold’s first NFL game Jets veterans knew that they were going to be ups and downs for the rookie QB.

“There’s going to be ups and downs with him,” veteran wide receiver Jermaine Kearse told the News. “He’s going to go through learning curves like we all do. Everybody goes through it. Hopefully it doesn’t happen, but this is football. Things happen. When we’re hitting a little adversity, the support system around him will be critical. Just let him know we’re with him. But the biggest thing we can do is do our job and not try to focus on what he’s doing or what he’s not doing.”

The worst possible start anyone can imagine for a QB minus an injury.

Of course the Internet had jokes.

Sam Darnold’s first career pass was a pick 6. He was born to be a Jet.

LOL Sam Darnold fitting perfectly in with the Jets

New York Jets fanbase after Sam Darnold threw a pick 6 on his first pass in the NFL #NYJvsDET pic.twitter.com/8GbgdNH9In