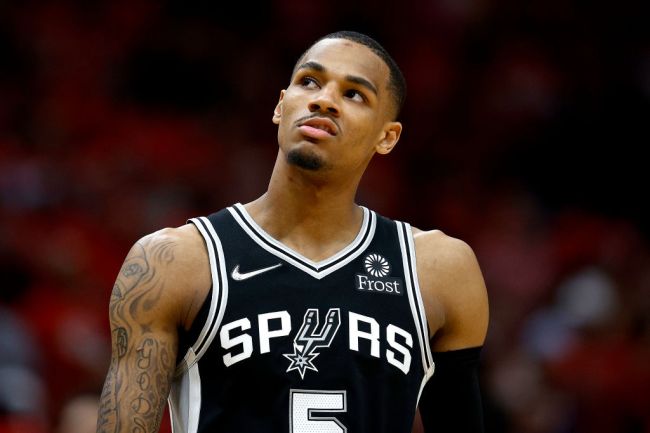 With the NBA Draft set to take place tonight, there are sure to be plenty of trade rumors rolling in today. One of the more interesting rumors we’ve already seen involves the San Antonio Spurs.

According to Bleacher Report’s Jake L Fischer, the deal would involve the Spurs trading Dejounte Murray to the Atlanta Hawks and receiving John Collins in return. However, that wouldn’t be anywhere close to the whole deal as the Spurs are looking for a haul comparable to what the New Orleans Pelicans received when they traded Jrue Holiday to the Milwaukee Bucks.

The Hawks and Spurs have discussed a trade centered around John Collins and Dejounte Murray, per B/R's @JakeLFischer

Sources say it will take a 'Jrue Holiday-like package' to acquire Murray pic.twitter.com/vkbPKAVVKu

The Jrue Holiday deal saw the Pelicans take in a big haul for the point guard as part of a 4-team trade. The trade saw them land Steven Adams, Eric Bledsoe, a pair of 1st round picks from the Bucks, and the right to swap two more first round picks.

Last season, Murray nearly averaged a triple double, posting averages of 21.1 points, 9.2 assists, and 8.3 rebounds per game. He also led the lead in steals at 2 per game.

Murray has responded to the report that he could be on the move.

This is going to be the sentiment of just about every other backcourt around the league. Murray and Trae Young would be one of the most dangerous backcourt duos in the league and could be just what the Hawks need to get back to contending again in the Eastern Conference.

If a package like the one the Pelicans got for Holiday is what it takes to make that happen, then it’s something the Hawks should be seriously considering right now.