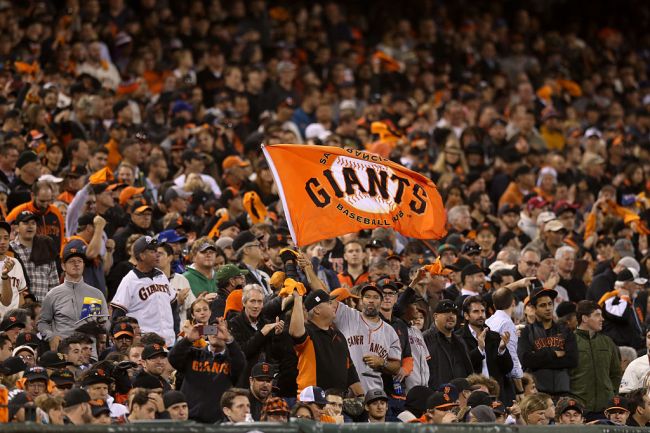 The biggest offseason storyline for the San Francisco Giants was their expected pursuit of Aaron Judge.

The single-season American League home run king is from the Bay Area. And, after seven great years with the Yankees, he had reached free agency. The Giants were considered the Bronx Bombers’ main competition for the slugger.

But, Judge resigned with the Yankees on a massive deal last week.

Breaking News: Aaron Judge, who hit 62 home runs in 2022 and won the American League’s Most Valuable Player Award, agreed to a nine-year, $360 million contract with the Yankees, the largest deal ever signed by a free agent.https://t.co/ZOAPoYPGWU

So, the San Francisco Giants had to pivot their free agent hopes after the Judge news. They also would like to re-sign free agent lefty stud pitcher Carlos Rodon. But, they’ve made an even bigger splash.

BREAKING: Shortstop Carlos Correa and the San Francisco Giants are in agreement on a 13-year, $350 million contract, a source familiar with the deal tells ESPN.

Wow. That’s a massive deal. Credit to Correa, too. He bet on himself last year by signing a one-year deal in free agency with the Twins. The market was cooled due to financial losses for teams stemming from smaller crowds due to COVID and a lockout. But, the 28-year-old player got his payday in a big way.

In Partnership With Charlotte's Web CBD

And, the Giants are getting a great player. He’s one of the best players in baseball, is a winner, and frequently plays his best baseball in the postseason.

And, there is no opt-out and there is a no-trade clause. Quite the deal for Correa and the San Francisco Giants.