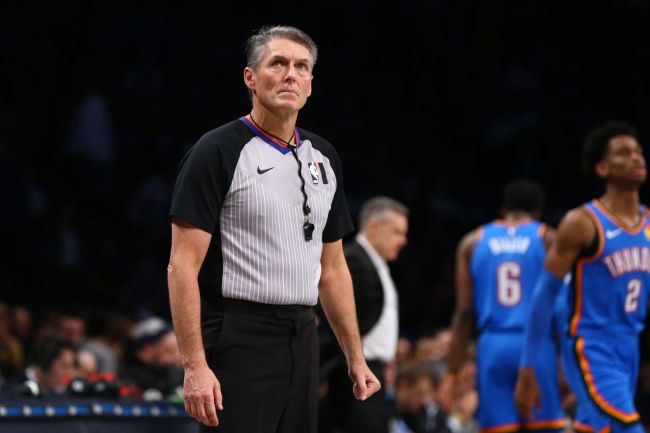 Scott Foster was named the head referee for game 6 of the NBA Finals which doesn’t bode well for Chris Paul and the Phoenix Suns.

Paul, who has never won a playoff game in which he played that was referee’d by Foster, has accused the longtime NBA ref several times in the past of having a personal vendetta against him.

Reminder: Chris Paul is 0-12 in his last 12 playoff game officiated by Foster. pic.twitter.com/x4MfMLvwwQ

Considering his record against CP3 Suns fans weren’t happy with Foster being named head ref of game 6 of the Finals.

Biggest game of his life with scott Foster reffing. Cp3 had to be a horrible person in a previous life

Congrats in advance to the Milwaukee Bucks on winning the #NBAFinals. https://t.co/AqFtbUSXSx