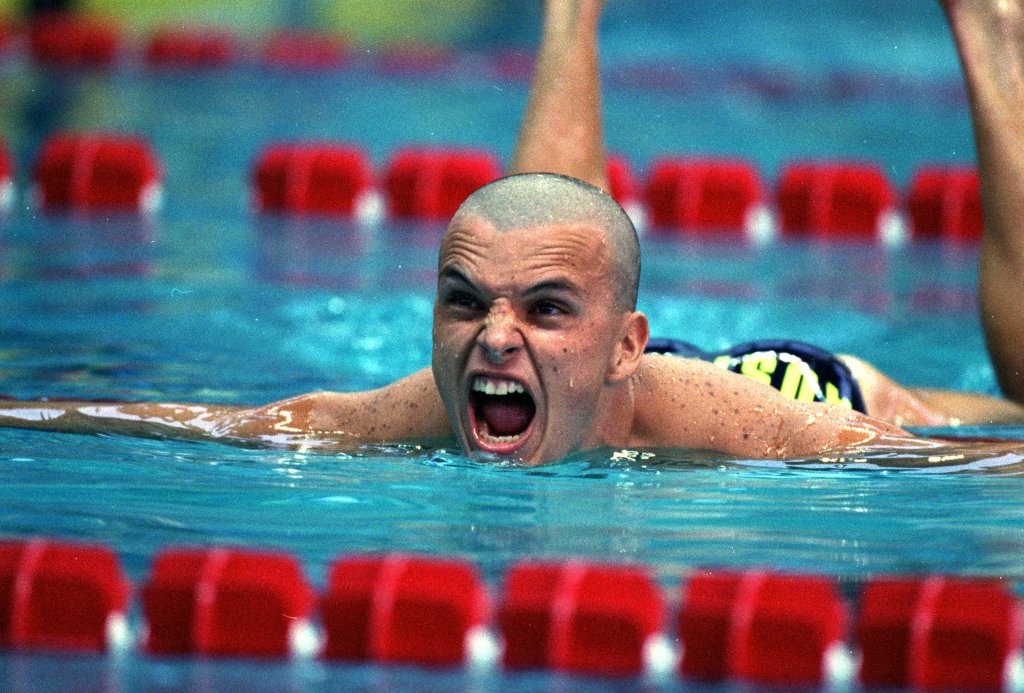 Scott Miller won two Olympics medals for Australia back in the day. He’s now accused as being the head of a crime syndicate in Australia that was busted with $1.6 million in meth ($2 million Australian dollars).

Miller reached the podium twice at the 1996 Atlanta Olympics. He took home a silver medal in the 100-meter butterfly and then won a bronze with the Australian 4 x 100-meter medley relay team. Suffice it to say that life’s changed for Scott Miller in the past few years, just a bit.

According to reports, he was taken into custody on Tuesday in Australia after authorities seized $2 million (AUD) worth of methamphetamine and he’s accused of being the ‘kingpin’ of the operation. My colleague Francis pointed out that calling someone a ‘Kingpin’ of an organization that’s only working with $1.6 million USD in drugs seems a little pathetic. I’m not sure what the exact number is but I need to see someone busted with anywhere between $20 million and $100 million in actual product before I’m willing to concede that they’re a bonafide ‘kingpin’.

The 45-year-old former Olympic medalist was arrested along with unnamed another man but it sounds like there are more arrests in the pipeline, based on this report from the Post:

Police arrested 45-year-old Miller and a 47-year-old man, who has not been named, on Tuesday at their Sydney homes after finding methylamphetamine concealed in eight candles in January, a police statement said.

“Others, it will be alleged, are working under his instruction,” Watson said.

The two men were allegedly distributing drugs from Sydney that were bound for regional New South Wales state.

“This was not a small operation,” Watson said. “They were well organized and well financed.” (Via NYP)

Everything I know about meth I’ve learned from Breaking Bad so I legitimately have no idea if storing meth inside of candles is a good way to keep it concealed but I’d say evidently, it’s not.

It’s also a bit surreal to me how the world of illicit drugs has marched on during the past year despite everyone’s behavior having changed across the planet. I get that life is pretty much normal in Australia with no masks and huge crowds and only the occasional lockdown but it’s not as if drugs have ceased to exist here. Those industries have carried on. But where exactly are all of these people smoking meth and eating acid? In the basement? On the porch? On the ski slopes? I’m now wondering if we should be worried about the drug dealers out there…