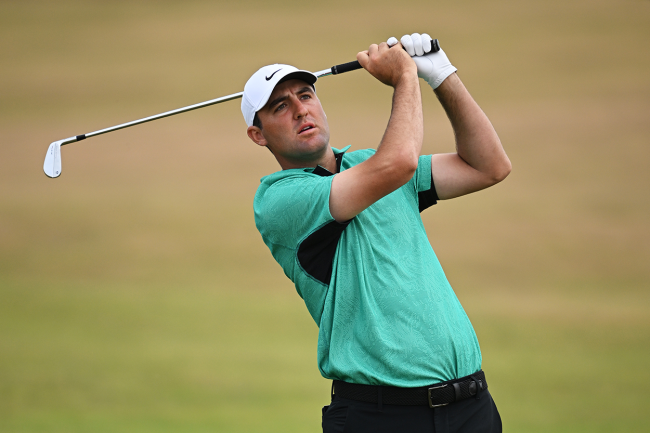 Scottie Scheffler is the world’s No. 1 golfer for a reason. Not only has he been on a tear of late, but his incredible feel for his swing, his clubs and his distance sets him apart.

Scheffler, who is only 26, started the year by winning the Phoenix Open, Arnold Palmer Invitational and WGC-Dell Technologies Match Play tournaments and then won The Masters in April. He also finished second at the Charles Schwab Challenge after losing a playoff on a 38-foot birdie putt and finished one stroke behind the winner at the U.S. Open.

Needless to say, Scheffler has had a great year thus far. However, as impressive as his wins have been, a new video of the Dallas-native is even more so.

Scheffler is part of the TaylorMade Golf team and uses their clubs in his bag each week. They have brought him great success thus far this year.

As has his innate ability to know exactly, or at least very close to exactly, how far each one of his clubs go in terms of distance. Scheffler recently went to the range with his TaylorMade team and tracked how far he could hit a ball with each of the clubs in his bag.

After hitting each club, before looking at how far he hit the ball with that club, Scheffler took a guess at how far it went. Each and every single time he was either spot-on, or within five yards.

In fact, his worst guess was off by five yards and it only happened once. The other guesses were either within two yards or spot-on.

Scottie’s feel for his distance is INSANE. 🤯

Professional golfers who are not Scheffler undoubtedly have the same or similar feel for their clubs and distance. He likely isn’t alone in his innate ability to be so accurate.

But to see it play out in such a way is crazy impressive. He’s No. 1 for a reason!