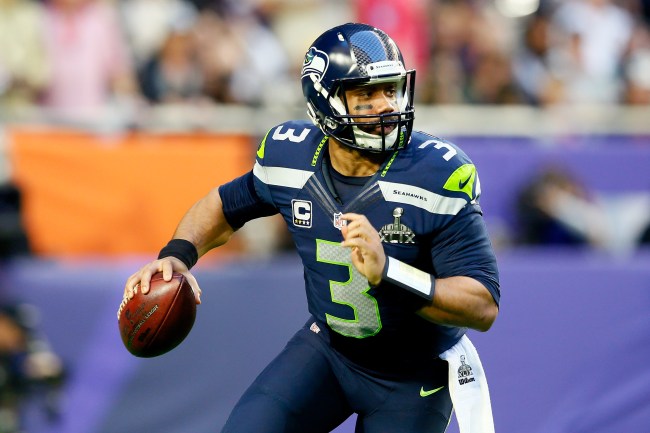 The Chicago Bears ended their quest to trade for Russell Wilson yesterday but they certainly tried very hard to get him.

After the Bears signed QB Andy Dalton on Tuesday afternoon, ESPN’s Adam Schefter revealed the team went all-in on a trade for Wilson but the Seahawks turned them down.

Chicago made "a very aggressive pursuit" of Seahawks QB Russell Wilson, per sources, and the Bears were told that Seattle is not trading him at this time.

The Bears were one of four teams Wilson's agent named as a place of interest. Now Chicago has an agreement with Andy Dalton.

From @GMFB: The #Bears are signing QB Andy Dalton, but only after a clandestine meeting between #Bears GM Ryan Pace and #Seahawks GM John Schneider in Fargo, ND did not result in a trade for Russell Wilson — despite Chicago's best efforts. pic.twitter.com/HEQlDNHtLS

“The Bears certainly made a big offer — multiple first-round picks,” “The Seahawks slept on it. They discussed it. Yesterday, they decided, specifically coach Pete Carroll, 70 years old, does not want to rebuild, decided we are not trading Russell Wilson to the Bears.”

Dan Patrick went on to reveal that the Seahawks turned down three first-round picks, a third-round pick, and two starters who were not named in exchange for Wilson.

About an hour ago DP was told that the #Bears offered Seattle the following for Russell Wilson:

-Three 1st Round picks
-a 3rd Round pick
-2 starters (Was not told who those starters were) pic.twitter.com/lOgH2ZuLVC

Seems like a lot to turn down but Russell Wilson is that good.