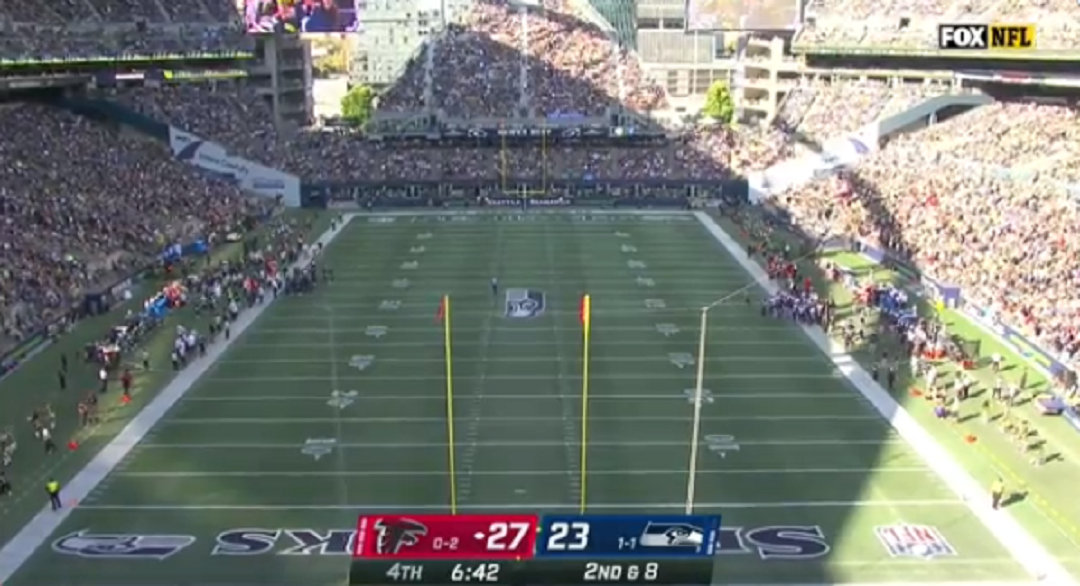 Something strange happened in the Falcons-Sehawks game.

In the fourth quarter of the game, refs called for players to leave the field due to an unlicensed drone flying overhead.

The Seahawks and Falcons have had to clear the field temporarily in Seattle due to a drone flying over the field.

They have stopped the game
WTF

The same thing happened on Saturday night in Washington during a Pac-12 game.

If anything is going to piss off David Shaw the MOST…it's an unidentified drone flying causing a delay in the game. #Pac12AfterDark #Huskies #Stanford pic.twitter.com/yGLw6HauKt

The game between the Falcons-Seahawks eventually restarted after an 8 minute delay.